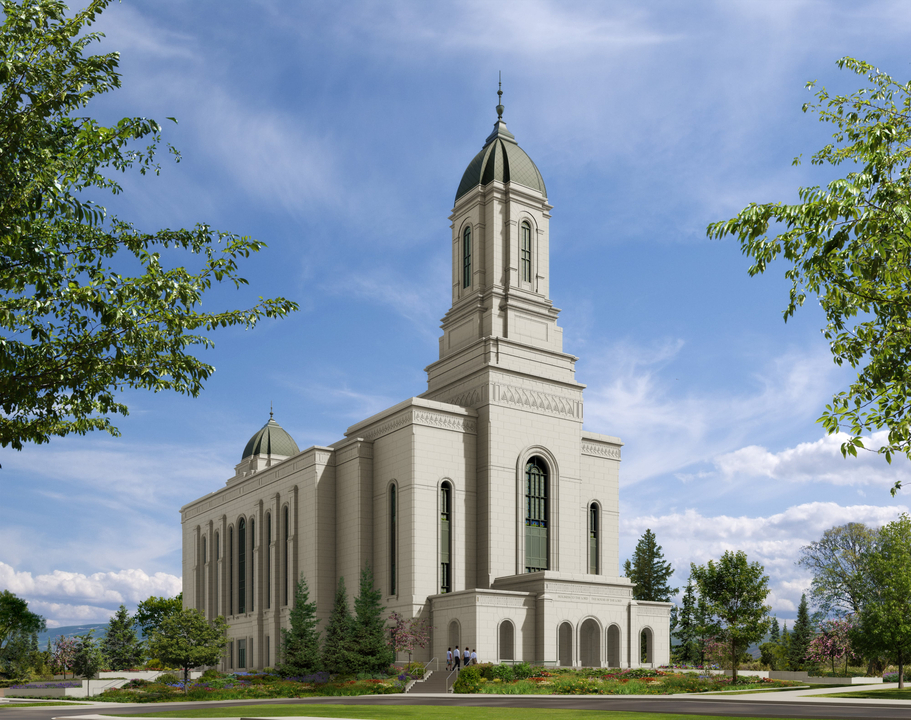 President Russell M. Nelson, president of The Church of Jesus Christ of Latter-day Saints, presided at the groundbreaking for the Heber Valley Utah Temple on Saturday, October 8, 2022. The 88,000-square-foot temple will be constructed on a 17.9-acre site located southeast of 1400 East Center Street in Heber City. President Nelson announced the temple in the October 2021 General Conference.

On September 19, 2022, the official exterior rendering of the Heber Valley Utah Temple was released to the public.

On September 19, 2022, the location of the Heber Valley Utah Temple was officially announced as a 17.9-acre site located southeast of 1400 East Center Street in Heber City, Utah. Plans call for a three-story temple of approximately 88,000 square feet.1

The Heber Valley Utah Temple will be the twenty-eighth temple built in Utah and the first built in Wasatch County.

Building the reinforced concrete walls for the foundation