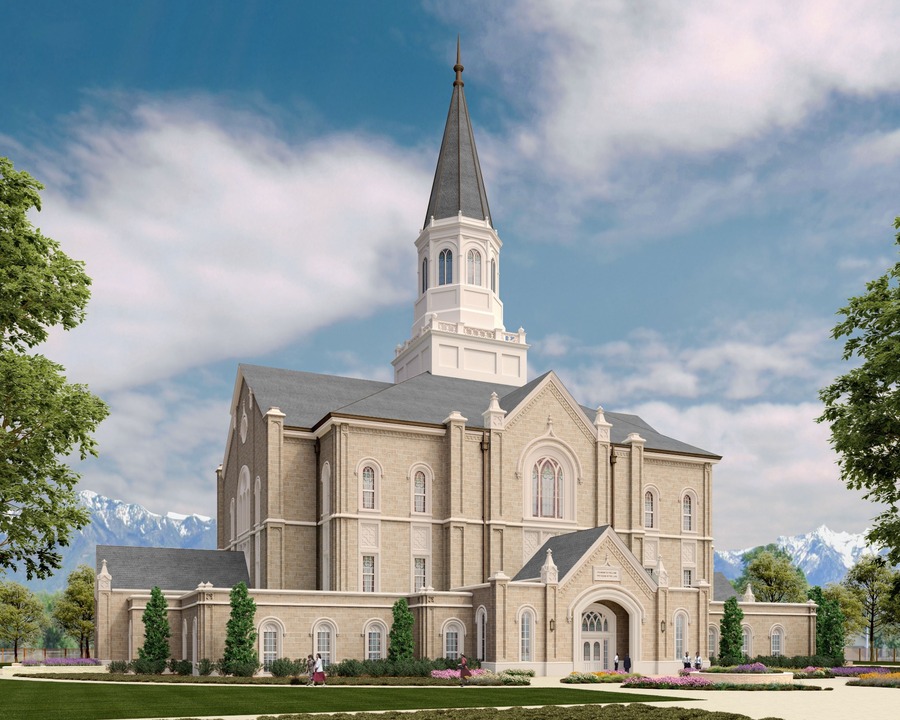 On October 31, 2020, Elder Gerrit W. Gong of the Quorum of the Twelve Apostles presided over a small gathering of Church and community leaders at the groundbreaking ceremony for the Taylorsville Utah Temple. The three-story, 70,000-square-foot temple will be constructed on a 7.5-acre site at 2603 West 4700 South. In his site dedicatory prayer, Elder Gong said, "Grateful roots and wings, we come as one from across our generations, communities, heritages and languages — one in heart and mind, one in the restored gospel of Thy Son Jesus Christ, one in the household of faith and fellowship of the saints."1

On April 1, 2020, three ordinances and a resolution were approved by the Taylorsville City Council to clear the way for construction of the Taylorsville Utah Temple. The first two ordinances amended the City code, adding a new zoning classification called Site Specific Development – Institutional – Temple. The third ordinance rezoned the temple property from Single Family Residential to Site Specific Development – Institutional – Temple. The resolution approved a development agreement with The Church of Jesus Christ of Latter-day Saints for construction of the temple.

On August 13, 2020, an official exterior rendering of the Taylorsville Utah Temple was released.

The Taylorsville Utah Temple will be a three-story building of approximately 70,000 square feet with a central spire. Two-level parking is planned for the site, providing both surface and underground parking spaces.

On December 11, 2019, the location of the Taylorsville Utah Temple was announced. The temple will be constructed on the site of an existing meetinghouse and recreational field at 2603 West 4700 South. The meetinghouse, which currently serves as the stake center for the Taylorsville Utah Valley Park Stake, will be demolished. The 7.5-acre site, situated at the southwest corner of an I-215 interchange, will offer a convenient location for patrons and a beautiful landmark to beltway motorists.2

"The crowning blessings of the gospel are received in temples, in holy sanctuaries apart from the world, in the places where only the faithful assemble."
—Bruce R. McConkie