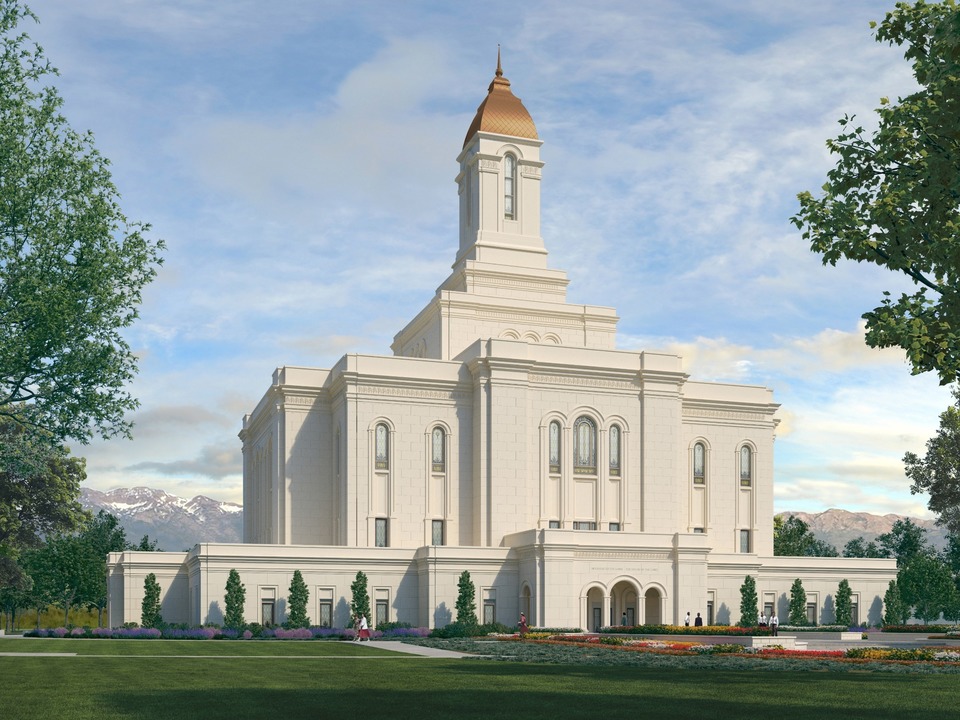 The Deseret Peak Utah Temple is currently in the planning stages. No groundbreaking date has been announced.

The Deseret Peak Utah Temple will be a three-story building of approximately 70,000 square feet. Plans also call for the construction of an adjacent 20,000-square-foot meetinghouse. The exterior of the temple will be clad in cast stone with copper shingles. Inspiration for the architectural details was drawn from nearby historic tabernacles. Several flowers native to the Tooele Valley will be featured in the art glass and throughout interior and exterior including cliffrose and silvery lupine.1

On April 7, 2020, an official exterior rendering was released for the Deseret Peak Utah Temple. On April 28, 2020, a series of interior renderings were released.

On January 19, 2021, the new name and location for the Deseret Peak Utah Temple was announced. The temple will be constructed in the community of Tooele, west of the intersection of 2400 North 400 West.2

Utah's twenty-first temple was announced for Tooele Valley on April 7, 2019, at the Sunday Afternoon Session of General Conference by President Russell M. Nelson. There are eleven stakes organized in the valley with stake centers located in the communities of Tooele, Stansbury Park, Grantsville, and Erda. In recent years, Church membership has grown steadily in the county with members driving over 30 miles to participate in temple worship at the Salt Lake Temple.3

The Deseret Peak Utah Temple will be the twenty-first temple built in Utah and the first built in Tooele County.