Sheathing and cladding underway; hardscaping the grounds; construction estimated to be completed in mid- to late 2024 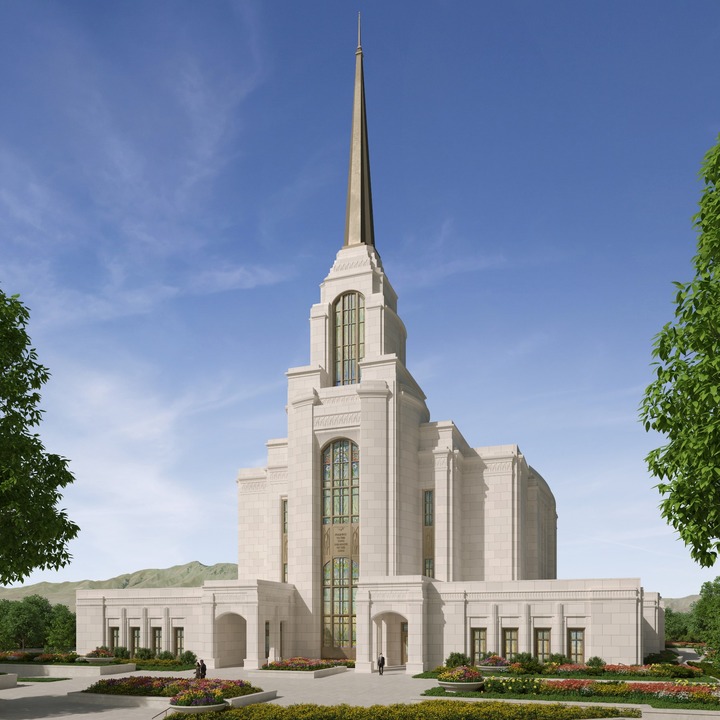 Elder Kevin R. Duncan of the Quorum of the Seventy presided at the groundbreaking ceremony for the Syracuse Utah Temple on June 12, 2021. The three-story, 89,000-square-foot temple will be constructed on a 12-acre site at the intersection of 2500 West and 1025 South in Syracuse. Attendance at the temple site was by invitation only, but the service was streamed live over the internet. Video and photographs of the event were made available to the media and public at the Church Newsroom website after the groundbreaking was held.1

Plans for the Syracuse Utah Temple call for a three-story building of approximately 89,000 square feet with two baptistries.

On February 16, 2021, an official exterior rendering of the Syracuse Utah Temple was released.

The Syracuse Utah Temple will be constructed on a 12-acre field located at the intersection of 2500 West and 1025 South in Syracuse, Utah.2

Plans to construct the Syracuse Utah Temple were announced at General Conference on April 5, 2020, by President Russell M. Nelson. This House of the Lord will be the 24th temple constructed in Utah and will ease demands on the Ogden Utah Temple, which currently serves the members of 63 stakes. It will be Davis County's third temple, joining the Bountiful Utah Temple and Layton Utah Temple. There are 2.1 million Church members in Utah, comprising approximately two-thirds of the state's population.3

The Syracuse Utah Temple will be the twenty-fourth temple built in Utah and the third built in Davis County, following the Bountiful Utah Temple (1995) and Layton Utah Temple (announced).

"Go, stand and speak in the temple to the people all the words of this life. And when they heard that, they entered into the temple early in the morning, and taught."
—Acts 5:20–21