Preparing for public open house beginning 15 April 2023; scheduled to be dedicated on 13 August 2023 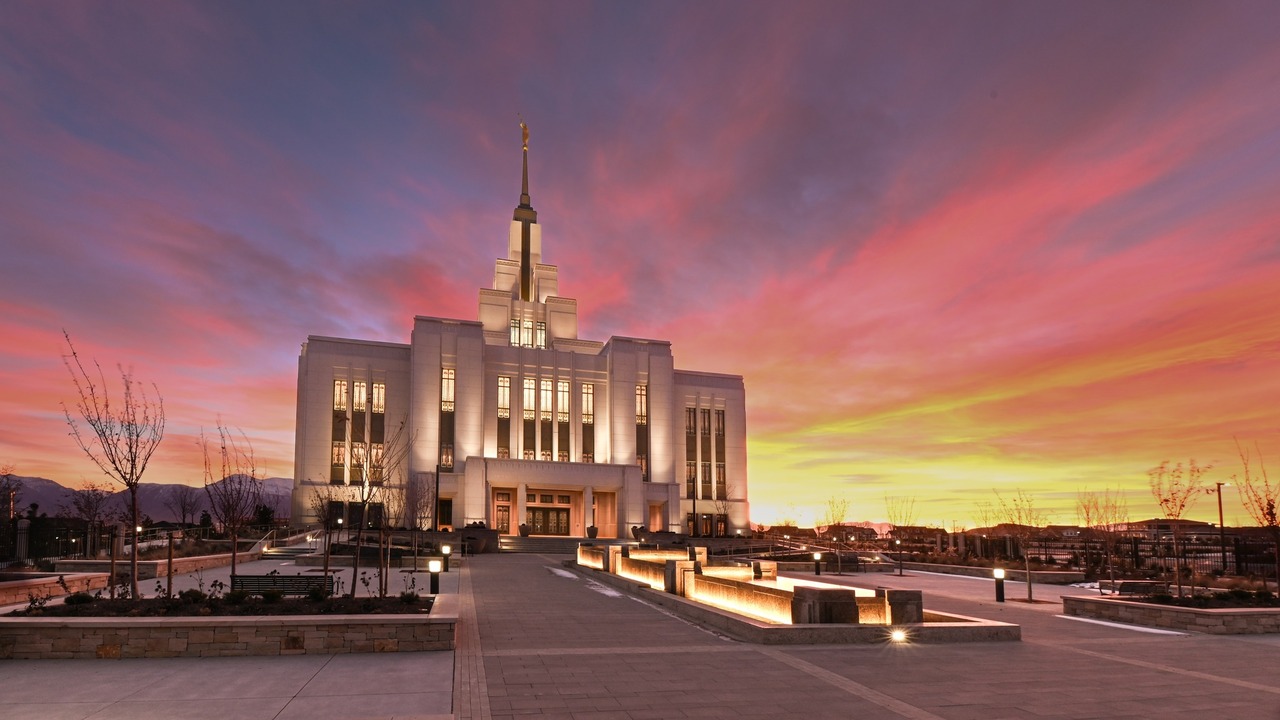 An open house for the newly constructed Saratoga Springs Utah Temple will begin with a media day on Monday, April 10, followed by private tours for invited guests from April 11–14, 2023. Public tours will begin on Saturday, April 15, and continue through Saturday, July 8, 2023, with no tours held on Sundays. President Henry B. Eyring of the First Presidency will preside at the dedication on Sunday, August 13, 2023. The dedicatory sessions will be broadcast to all units in the temple district at 9:00 a.m., 12:00 noon, and 3:00 p.m.1

On October 19, 2019, Elder Craig C. Christensen, president of the Utah Area, presided at the groundbreaking ceremony for the Saratoga Springs Utah Temple. In his remarks, he spoke of an experience he had walking the temple site a month earlier: "I realized…how this particular temple will bless many individuals and families, including your children, your marriages, your families, and, especially, many of your ancestors." He added: "This is the place where your children and families will be protected from the evils that are ever present in the world today, and to make sacred covenants with the Lord." His words reached an audience of tens of thousands of members and guests gathered both at the temple site and at local meetinghouses. Following the formal proceedings, attendees were invited to take pictures and turn a shovelful of dirt to commemorate the historic occasion.2

On September 5, 2019, an official rendering of the Saratoga Springs Utah Temple was released with the announcement of the groundbreaking ceremony.

The Saratoga Springs Utah Temple will be located within the Beacon Pointe development, west of Redwood Road and north of Meadow Side Drive. The Beacon Pointe Community Plan was approved by the City of Saratoga Springs on December 4, 2018, which features the 22.7-acre temple site, referred to as a Special Project site in the document. It details various design guidelines including nighttime lighting and ornate fencing for the Special Project and its location on elevated property at the end of a tree-lined street with a center island known as Founders Boulevard. The beautiful site sits near the western shores of Utah Lake.3