Building the reinforced concrete walls for the foundation; construction estimated to be completed in mid- to late 2025 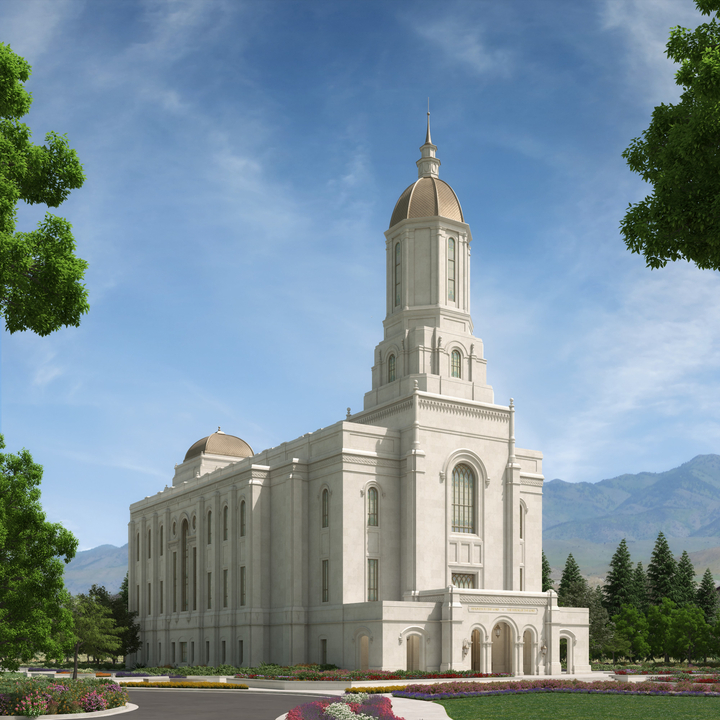 "I love this beautiful valley," said Elder Quentin L. Cook of the Quorum of the Twelve Apostles on a windy Saturday morning at the groundbreaking ceremony for the Smithfield Utah Temple. "I have seen much of the world, but this peaceful valley surrounded by these majestic mountains always feels like home to me. It is among the most beautiful places on earth." Elder Cook was accompanied by Elder Gary E. Stevenson of the Quorum of the Twelve, both of whom were raised in Cache Valley. They expressed their delight in the construction of a second temple for the valley, joining the historic Logan Utah Temple. Plans call for the construction of a three-story temple on a 13.3-acre parcel at N 800 West and W 100 North in Smithfield, which had been farmed by the LaMont Poulsen family for more than 160 years. In his site dedicatory prayer, Elder Cook said, "Our hearts are full of appreciation for those who have gone before us and who have laid the foundation for a temple in northern Cache Valley." He added, "We pray that this temple will be a beacon light for the communities it serves."1

On November 24, 2021, an official exterior rendering was released for the Smithfield Utah Temple.

Plans to construct the Smithfield Utah Temple were announced by President Russell M. Nelson on April 4, 2021, at the 191st Annual General Conference. The temple will be the second to be constructed in the Cache Valley, joining the Logan Utah Temple—dedicated in 1884. At the time of the temple's announcement, Utah had 2.1 million Church members, which was roughly two-thirds of the state’s population of 3.3 million residents. It was the 26th temple announced for the state of Utah.3

The Smithfield Utah Temple will be the twenty-sixth temple built in Utah and the second built in Cache County, following the Logan Utah Temple (1884).

"Therefore let the Saints be diligent in building the Temple, and all houses which they have been, or shall hereafter be, commanded of God to build; and wait their time with patience in all meekness, faith, perseverance unto the end."
—Joseph Smith