Excavation underway; construction estimated to be completed in late 2025 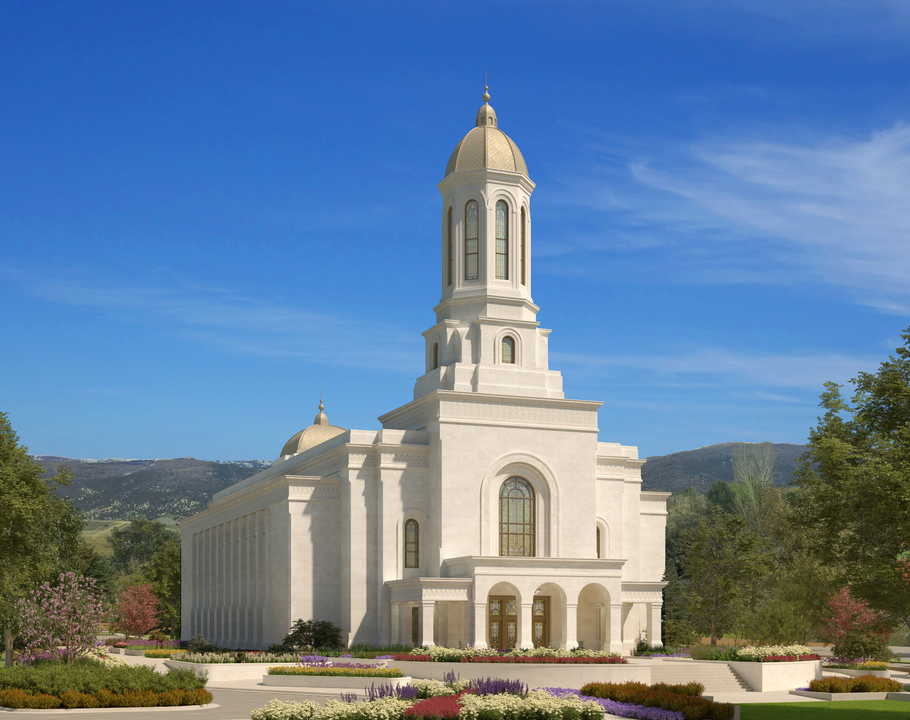 President Russell M. Nelson, whose family helped settle the Sanpete Valley in 1849, presided at the groundbreaking ceremony for the Ephraim Utah Temple on Saturday, August 27, 2022. Explaining his connection to the area, he said: "My dear mother was born in Ephraim, not far from this very temple site. My father was born in Manti. Three of my four grandparents were born here in Ephraim. All eight of my great-grandparents lived in Ephraim." In his site dedicatory prayer, he prayed, "We are deeply grateful for our ancestors. They have laid a foundation of faith that undergirds our spiritual strength. May we learn who they are, find their qualifying information, and bless their lives with sacred rites offered vicariously in this holy house."1

On March 4, 2022, the official exterior rendering was released for the Ephraim Utah Temple.

On October 22, 2021, the site for the Ephraim Utah Temple was announced as a 9.16-acre parcel located at the intersection of 200 North and 400 East in Ephraim. Plans call for a two-story temple of approximately 39,000 square feet.2

President Russell M. Nelson announced the construction of the Ephraim Utah Temple in a prerecorded message played at a press conference held inside the Manti Tabernacle on Saturday, May 1, 2021, in conjunction with an announcement that the murals in the Manti Utah Temple will be preserved as part of an upcoming renovation.3

The Ephraim Utah Temple will be the twenty-seventh temple built in Utah and the second built in Sanpete County, following the Manti Utah Temple (1888).

Both the Ephraim Utah Temple and the Manti Utah Temple will be located within the boundaries of Manti High School.

During his remarks at the groundbreaking ceremony for the Ephraim Utah Temple, President Russell M. Nelson remarked that shortly after the April 2021 general conference, he "received very clear instruction" from the Lord that the pioneer craftsmanship of the Manti Utah Temple, which had been scheduled for renovation, should be preserved and that a new temple should be built in Ephraim.