Steel framing underway; estimated to be completed in mid- to late 2023 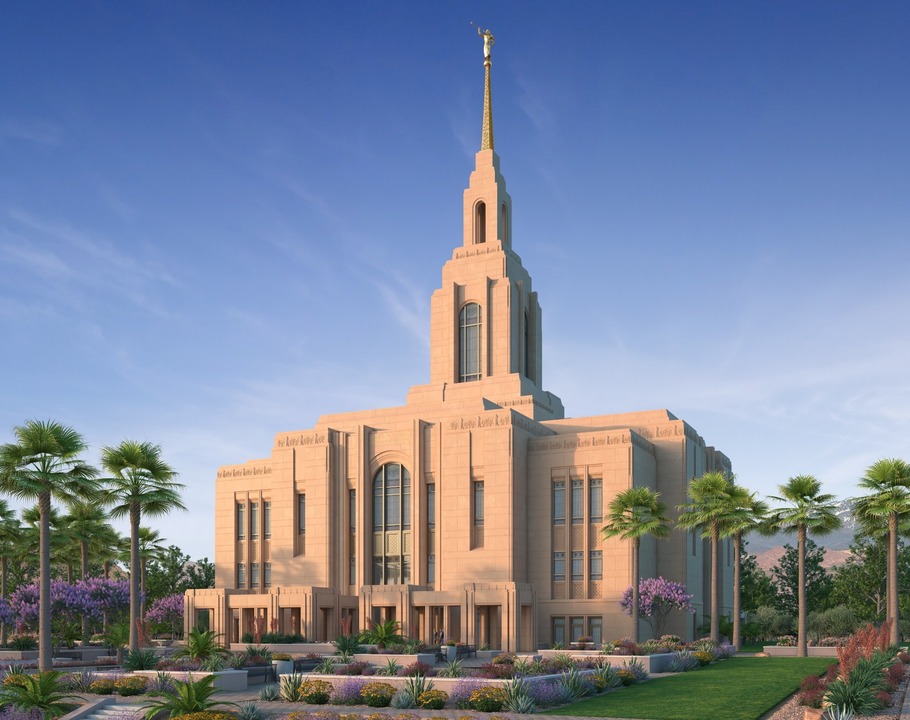 "We salute those pioneers who, with sacrifice and sweat, built just a mile or so away the beautiful St. George temple that has provided a symbolic anchor of our faith in this part of the state for a century and a half," prayed Elder Jeffrey R. Holland on November 7, 2020, at the groundbreaking ceremony for the Red Cliffs Utah Temple—St. George's second temple. Elder Holland was joined by his wife, Patricia; his son, Elder Matthew S. Holland, General Authority Seventy; Elder Craig C. Christensen, Utah Area President; and other invited guests. The Hollands, who are natives of Southern Utah, were filled with emotion at the joyful occasion. The ceremony marks the start of construction for the beautiful three-story, 90,000-square-foot temple.1

The Red Cliffs Utah Temple will be a three-story building of approximately 90,000 square feet.

The announcement of Utah's twentieth temple came on October 7, 2018, when President Russell M. Nelson announced that a second temple would be constructed in Washington County, Utah. The other temple in Washington County, dedicated in 1877, is the St. George Utah Temple—the oldest operating temple of the restored Church of Jesus Christ. In his announcement remarks, President Nelson also noted that the Pioneer-era temples of the Church would begin to be renovated in the near future. He specifically named the Salt Lake Temple as an upcoming renovation, and a renovation announcement was made for the St. George Utah Temple on May 22, 2019. One other temple operates in Southwestern Utah. The Cedar City Utah Temple was dedicated at the end of 2017.

The Red Cliffs Utah Temple will be the twentieth temple built in Utah and the second built in Washington County, following the St. George Utah Temple (1877).

The Red Cliffs Utah Temple was announced in the 141st anniversary year of the St. George Utah Temple.

The Red Cliffs Utah Temple will be the fourth temple built in the same city as another operating temple, the St. George Utah Temple (1877), making St. George, Utah, the fourth city in the world to have more than one temple, following South Jordan, Utah; Provo, Utah; and Lima, Peru.

The Red Cliffs Utah Temple will be the third temple in Utah built in the same city as another operating temple.

"We should expect that the adversary will try to interfere with us as…we seek to participate in this sacred and inspired work. The interference can vary from the terrible persecutions of the earlier days to apathy toward the work. The latter is perhaps the most dangerous and debilitating."
—Boyd K. Packer