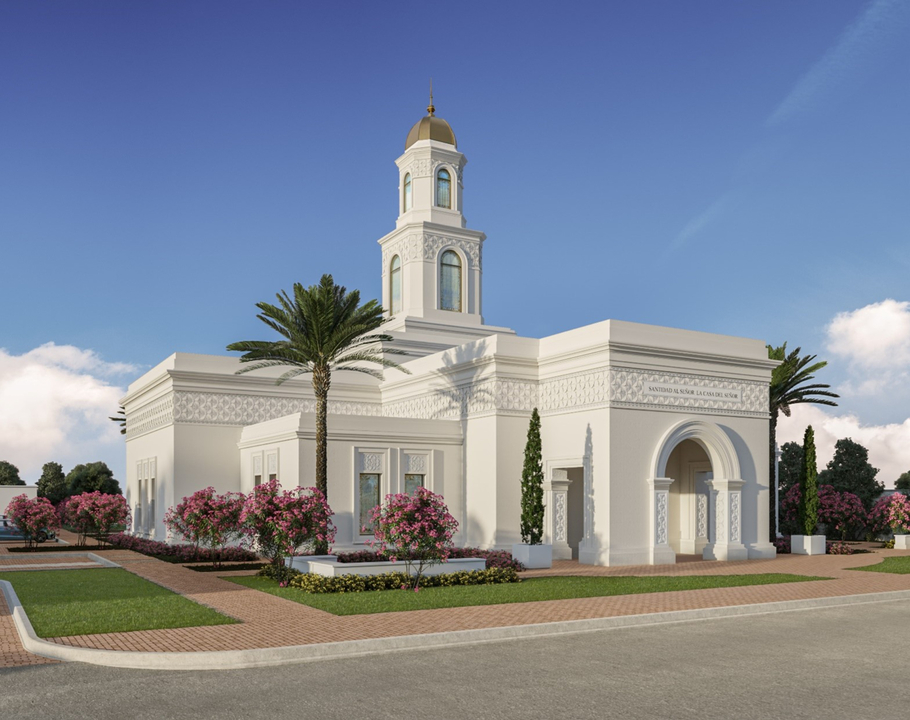 Elder Hugo Montoya, president of the Mexico Area, presided at the groundbreaking services for the Torreón Mexico Temple on Saturday, December 10, 2022. The 10,000-square-foot temple will be constructed in the suburb of Gómez Palacio on a 0.89-acre site located across from the meetinghouse at the corner of Paris and Amsterdam. The metropolitan area of Torreón straddles the border that separates the Mexican states of Coahuila and Durango.1

On September 23, 2021, an official exterior rendering of the Torreón Mexico Temple was released.

The Torreón Mexico Temple will be constructed on a 0.89-acre site at the corner of Paris and Amsterdam Streets across the street from an existing meetinghouse in the city of Gómez Palacio. Plans call for a single-story temple of approximately 10,000 square feet.2