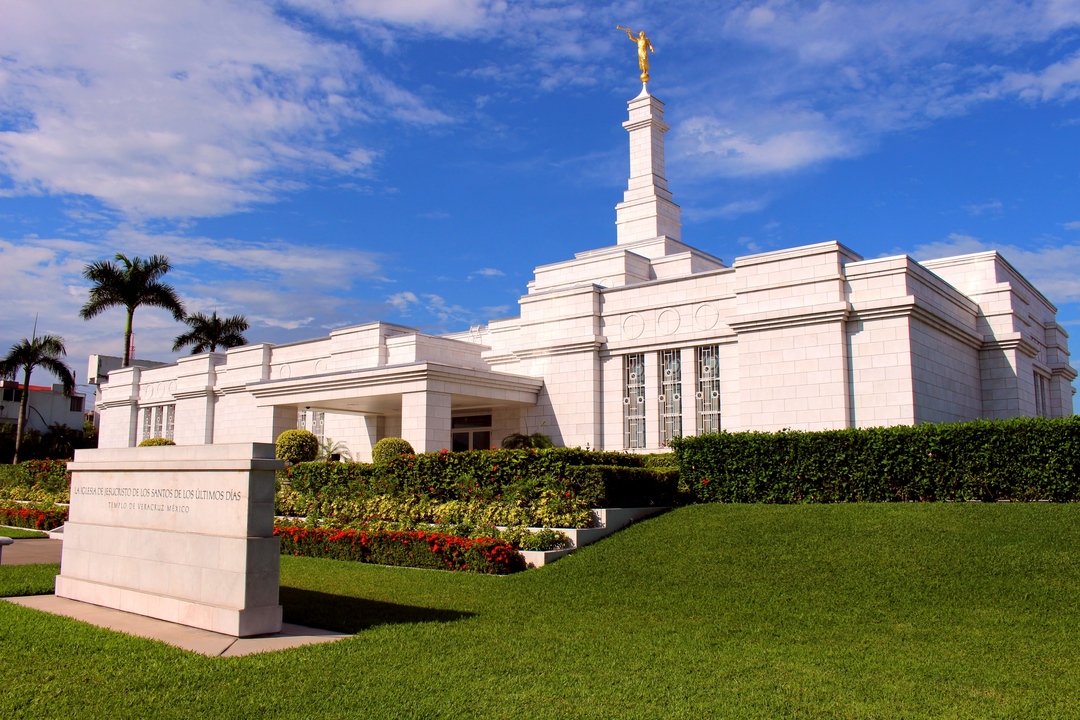 Elder Carl B. Pratt of the Seventy and president of the Mexico South Area says that there is a strong Church base in Veracruz. "The city of Veracruz has four stakes, and within a hundred-mile radius, we have four more," said Elder Pratt. "This will be the fifth temple in our area." He said the temple will be a tremendous blessing to the saints of the savings in transportation costs to travel to the Mexico City Mexico Temple. The temple is located in this important seaport that dates back to the 16th century.

In his remarks at the groundbreaking services, Elder Pratt spoke of the early members in Veracruz, who understood the importance of the temple and sacrificed to travel to the Mesa Arizona Temple. Their sacrifice helped prepare the members here for this day. He requested that in preparation for the new temple that members travel more frequently to the Mexico City Mexico Temple, to increase their family history work and to add to the number of people with temple blessings. "We are in the true Church," he said. "We are preparing the earth for the Second Coming, and with the temple we will be better prepared to do so."

Citing the scripture, Moses 1:39, Elder Octaviano Tenorio, an Area Authority Seventy and second counselor in the area presidency, discussed the principle of eternal life. He said because of the temple the way to gain eternal life is opened. He added that families are of great importance. "The Lord has established [families] for the happiness of His children. They will be able to endure through the eternities through the ordinances of the temple, if they are sealed."1