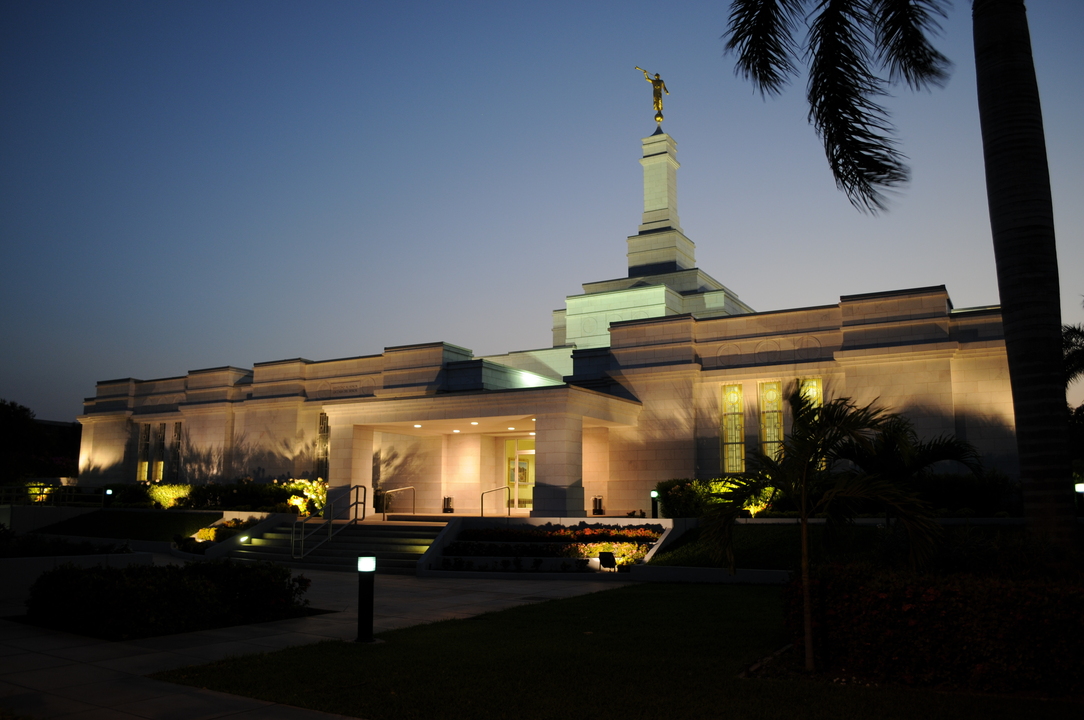 The Mérida Mexico Temple is located in the Mexican state of Yucatán on the north end of the Yucatán Peninsula on the Gulf of Mexico. This historically rich area is the heart of Mesoamerica being in the midst of some of the world's most renowned archaeological ruins including the famous Uxmal and Chichén Itzá Mayan ruins.

Elder Carl B. Pratt of the Seventy and president of the Mexico South Area presided and spoke at the groundbreaking ceremony. He recalled that after President Hinckley's April 1998 announcement, each of the stake presidents in Mérida hoped that a temple site in their city would be chosen. Elder Pratt said that upon knowing that "a temple would be built in Mérida, my heart was filled with joy." "We want to establish a culture of temple attendance," he said. "From sacrifice comes blessings. I know that the construction of this temple will add to the strength of the home; it will add to the love of husbands and wives; it will add to the peace in the Yucatán Peninsula."

President Fermin Herrera of the Mérida Central stake said, "We have received an eternal hope through the atonement of Jesus Christ. Without this, the work of the temple is not possible. In this beautiful city, the sun is always radiant, but it is no more resplendent than the hearts of the saints who know that in this land of the Mayas there will be built a House of the Lord."

Also speaking was Brother Abel Ordaz, the first president of the Mérida stake. He recalled the 1959 dedication of the first meetinghouse and the later dedication of the first stake center. He recognized the symbolism of the building of the temple. As old buildings are demolished and removed to make way for the new, so must members "demolish the barrier of unbelief, and have faith in the Lord. As the old material is removed, so must the sins be removed through repentance. As the ground is cleared and made clean for construction, so must lives be made clean through baptism. Then, just as construction commences, also begins the growth of the delicious fruit, the word of God"1

"And thou shalt make a plate of pure gold, and grave upon it, like the engravings of a signet, HOLINESS TO THE LORD."
—Exodus 28:36