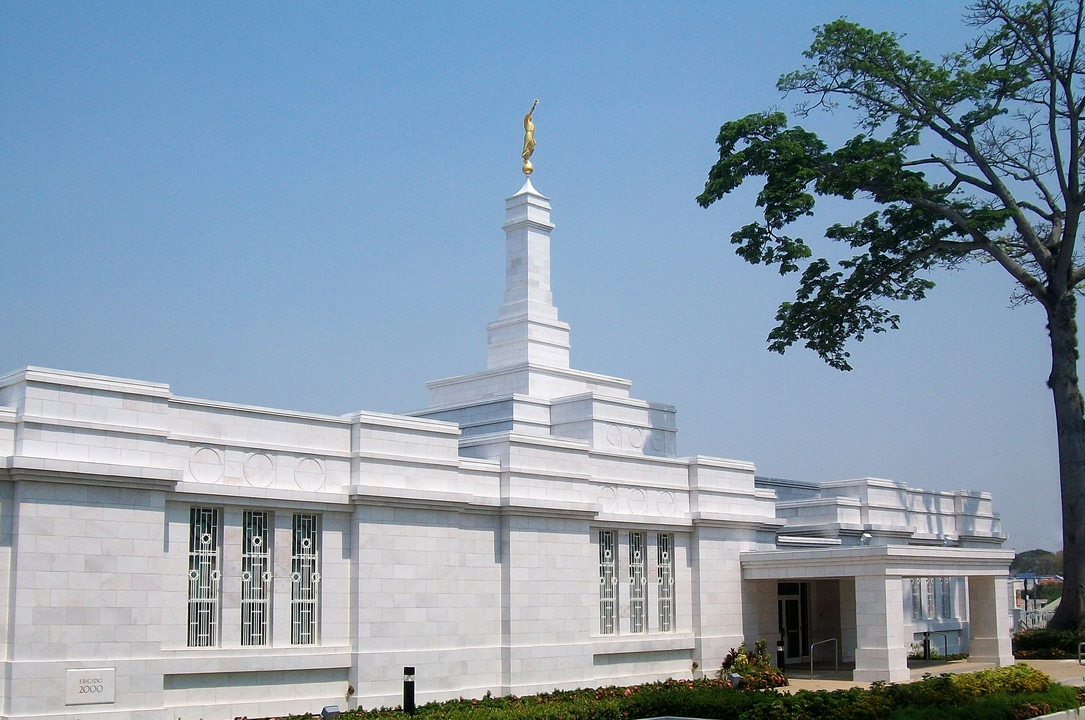 © Jorge A. Colmenares. All rights reserved.

The Villahermosa Mexico Temple was dedicated on the same day as the Nashville Tennessee Temple.

The site of the Villahermosa Mexico Temple is located near the coast of Mexico's isthmus in a Mesoamerica region where ancient ruins are found in abundance. The area is often referred to as a Book of Mormon land; many believe that temples existed there anciently.

Elder Richard E. Turley Sr. of the Seventy and first counselor in the Mexico South Area presided at the groundbreaking ceremony. He spoke of his uncle, Harold E. Turley, who served several years before as a full-time regional representative of the Twelve with his wife, Ireta. The couple resided in a trailer on the site where the temple will soon be constructed. They dearly loved the people of the area.

Elder Turley testified that the Church is led by the Savior, Jesus Christ, who alone has the power to extend salvation to the living and the deceased. "This is why," Elder Turley said, "temples are, along with the atonement, the greatest gift to mankind, as well as the greatest tool to prepare the earth for the Second Coming of the Savior." He reminded leaders of the many responsibilities that lie ahead in order to prepare members so that they will be ready in about a year when the temple will be dedicated and will begin functioning. "Members must now develop within their homes a culture of temple attendance and participation. It is our hope that every member home in the temple district will eventually have a picture of the temple to remind them and their children of the opportunities that can be theirs. If you are faithful," Elder Turley said, "the spirituality of the members will increase. There will be a measurable impact on the whole community through the faithfulness of the people and the beauty of the temple and its surroundings."1

"No jot, iota, or tittle of the temple rites is otherwise than uplifting and sanctifying. In every detail the endowment ceremony contributes to covenants of morality of life, consecration of person to high ideals, devotion to truth, patriotism to nation, and allegiance to God."
—James E. Talmage