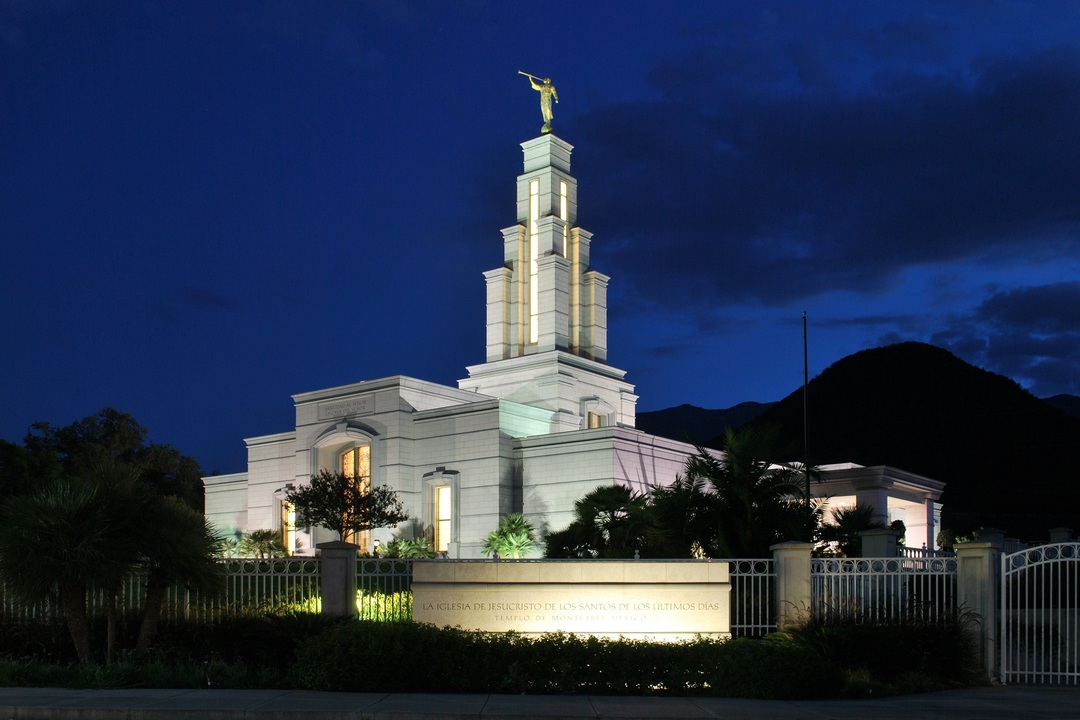 Aggrandized by a backdrop of beautiful mountains and hills, the Monterrey Mexico Temple stands in Valle Alto—located in the southeastern section of Monterrey—along the National Highway near the famous Cerro de la Silla. Sharing the grounds, and built at the same time as the temple, is a lovely stake center open to any visitors wishing to join Sunday worship services. The lush grounds around the temple are also open to the public for reverent walks.

The Monterrey Mexico Temple was the twelfth temple built in Mexico, though it was the second temple announced for Mexico.

The Church originally selected a site for the Monterrey Mexico Temple adjacent to Colegio Labastida on Avenida Vasconcelos in San Pedro. The Church won an ensuing three-year legal dispute initiated by opposing neighbors but, in the end, opted to select another site.

The site of the Monterrey Mexico Temple was chosen in March 2000. A building permit was issued on June 27, 2000, and ground was broken for the temple a few months later on November 4—nearly 5 years after the temple was announced.

The original design for the Monterrey Mexico Temple was substituted with a smaller standard design when the location changed to Valle Alto. The change allowed for more green space and necessary parking.