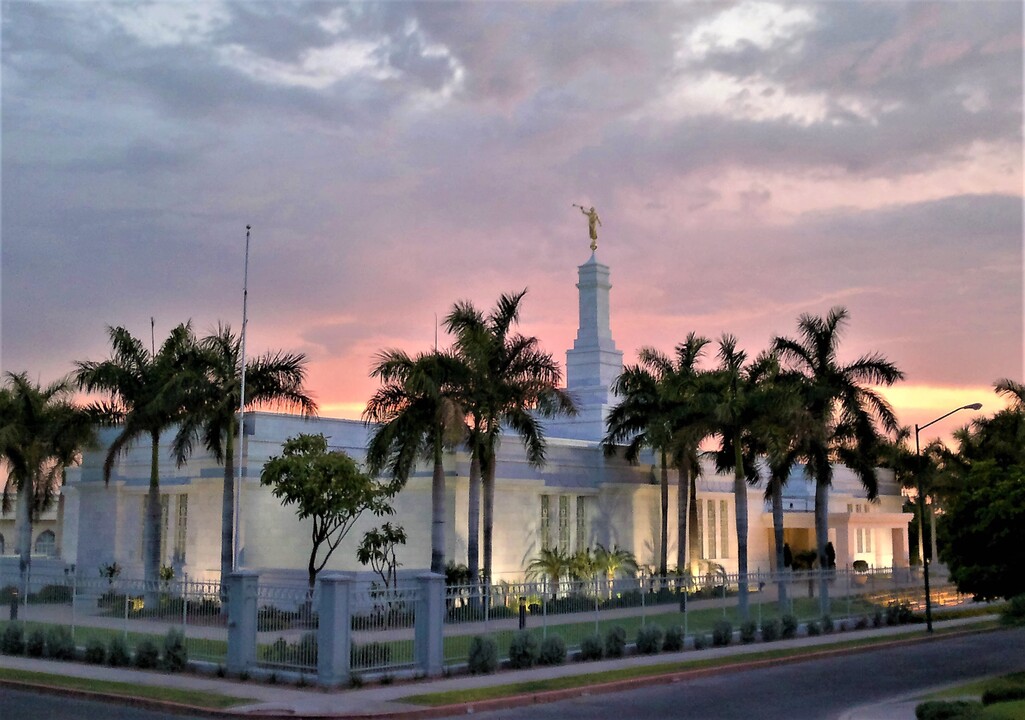 The Hermosillo Sonora Mexico Temple is located on the eastern side of Hermosillo in the distinguished Pitic neighborhood, directly north of the stake center for the Hermosillo Mexico Pitic Stake. The temple faces Avenida Pedro García Conde, a beautifully landscaped boulevard with a center island featuring flowers, mature trees, benches, and red pavers.

In 1875, President Brigham Young called the first group of missionaries to Mexcio. By the next year, the first five converts in Mexico had been baptized just outside Hermosillo by Louis Garff and Meliton Trejo. Brother Trejo was a Spanish convert of two years who had received a compelling dream while serving as an officer in the Philippines that lead him to the United States in search of the Latter-day Saints.

Approximately 1,200 people attended the groundbreaking ceremony for the Hermosillo Mexico Temple on December 5, 1998. Elder Eran A. Call, president of the Mexico North Area, presided. In his remarks, Elder Call said: "A temple is an island of importance in our eternal journey to return to the presence of our Father in Heaven and live with him again after this life. The work done in the temple is eternal. It is a work of love."

Members were so eager to help during the construction of the Hermosillo Sonora Mexico Temple that they landscaped the boulevard in front of the temple and planted many flowers.

The Hermosillo Sonora Mexico Temple was dedicated by President Gordon B. Hinckley—the day after he dedicated the Ciudad Juárez Mexico Temple—in four sessions on February 27, 2000. He and his wife, Majorie, were accompanied by Elder Henry B. Eyring of the Quorum of the Twelve Apostles and his wife, Kathleen, and Elder Lynn A. Mickelsen, president of the Mexico North Area, and his wife, Jeanine. There were 5,898 grateful members in attendance.

"And daily in the temple, and in every house, they ceased not to teach and preach Jesus Christ."
—Acts 5:42