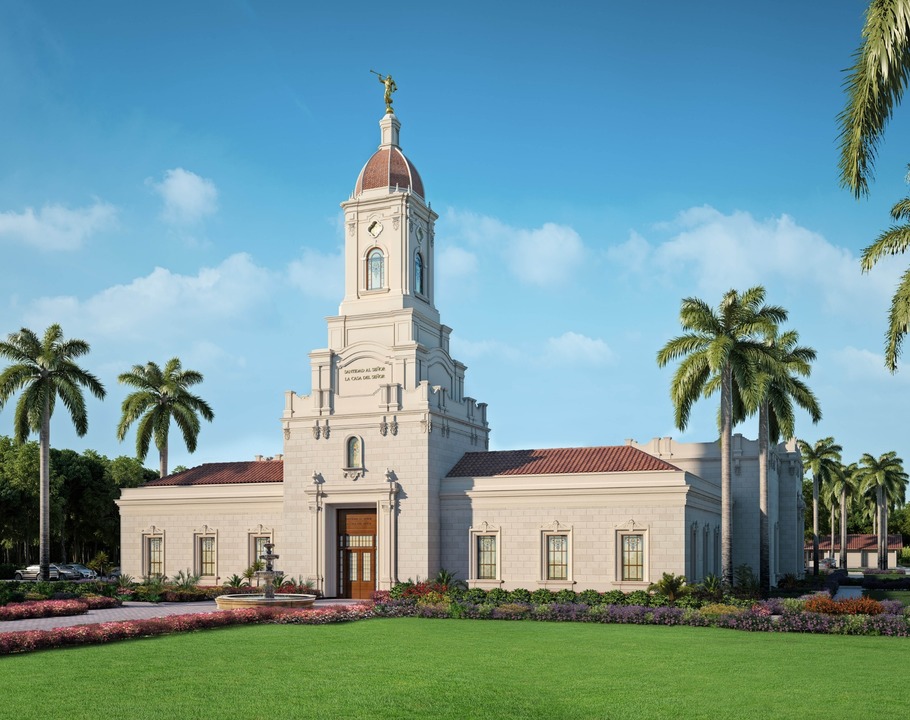 Elder Arnulfo Valenzuela, president of the Mexico Area, presided on November 30, 2020, at the groundbreaking ceremony for the Puebla Mexico Temple with his wife, Silvia Pilar Valenzuela; his counselors, Elder Rafael E. Pino and John C. Pingree Jr.; and their wives, Patricia Mónica Pino and Anne Pingree. The temple will be constructed in the Puebla neighborhood of Los Cipreses and serve more than 50,000 members. Elder Valenzuela explained the significance of the temple, saying it is a holy place where we can go and perform the ordinances and sacred covenants that allow us, if we are faithful to the end, to return to the presence of our Heavenly Father.1

The official rendering of the Puebla Mexico Temple was released to the public on September 24, 2019, in conjunction with the groundbreaking ceremony announcement.

The Puebla Mexico Temple will be constructed in the northwestern section of the city, just south of a highway interchange on a beautiful boulevard with a landscaped center island named 15 de Mayo.

The Puebla Mexico Temple will be the fourteenth temple built in Mexico.