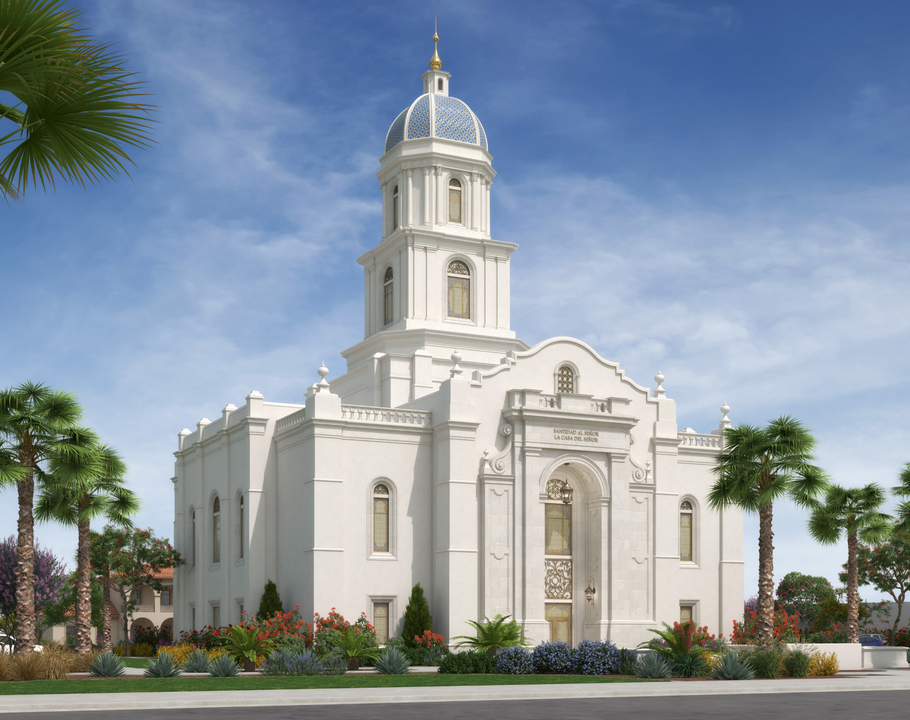 The groundbreaking for the Querétaro Mexico Temple was held on the first Saturday of the new year. Elder Adrián Ochoa, first counselor in the Mexico Area presidency, presided at the event on January 7, 2023. The 3.58-acre temple site is located on Prolongación Tecnológico Norte across from the Instituto Tecnológico y de Estudios Superiores de Monterrey. Plans call for a two-story building of approximately 27,500 square feet.1

Plans for the Querétaro Mexico Temple call for a two-story building of approximately 27,500 square feet.

On December 7, 2021, the official exterior rendering of the Querétaro Mexico Temple was released.

On December 7, 2021, the location of the Querétaro Mexico Temple was announced as a 3.58-acre site at Prolongación Tecnológico Norte 150 in the Colonia San Peblo neighborhood of Querétaro.