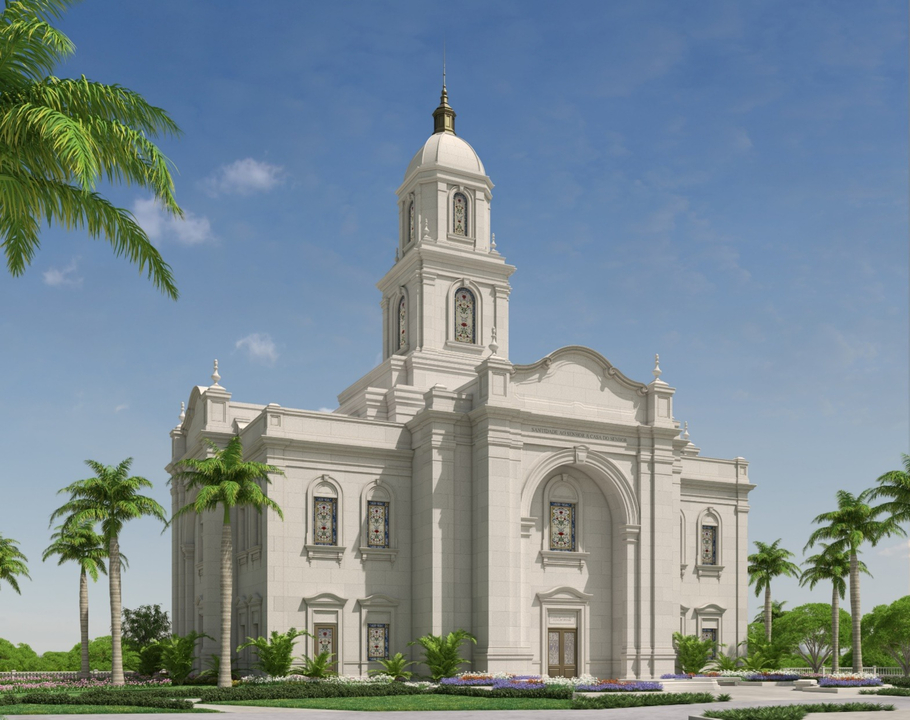 Elder Adilson de Paula Parrella, president of the Brazil Area, presided over the groundbreaking ceremony for the Salvador Brazil Temple on Saturday, August 7, 2021. Elder de Paula Parrella was accompanied by his wife, Elaine, and joined by other guests including his counselors in the presidency and their wives, the mayor of Salvador, and other local government and Church leaders. Elder Joni L. Koch, first counselor in the presidency, offered the dedicatory prayer. "We recognize this city whose name, Salvador, refers to your Son," prayed Elder Koch. "May the construction of this holy house on this mountaintop…symbolize, for everyone here and around the world, a testimony of thy greatness and the certainty of eternal life."1 Construction is expected to be completed in 26 months.

On May 4, 2021, an official exterior rendering was released for the Salvador Brazil Temple, inspired by the Portuguese colonial-style architecture found in the historic center of Salvador. A two-story ancillary building will also be constructed with an accommodation center, temple missionary apartments, and auxiliary areas.

The Salvador Brazil Temple will be located on a bluff overlooking Av. Luís Viana (also known as Av. Paralela) in the Patamares neighborhood of Salvador. Its highly accessible location on the main avenue through the state of Bahia is located less than 5 miles from the Luís Eduardo Magalhães International Airport and less than a half mile from the Bairro da Paz subway station.

The Salvador Brazil Temple will be the eleventh temple built in Brazil.