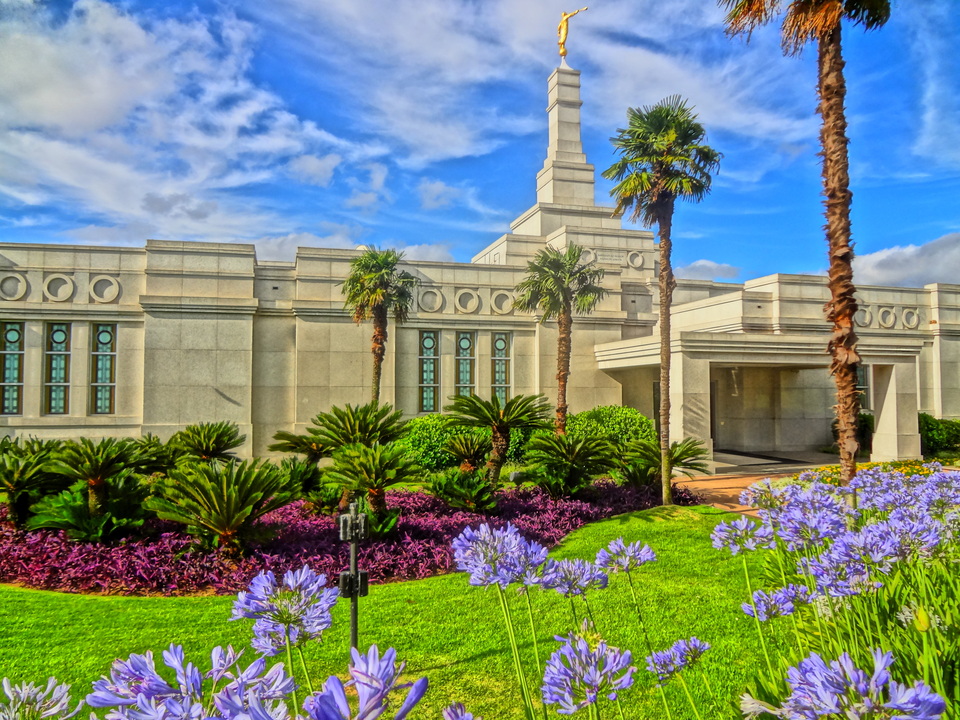 The Porto Alegre Brazil Temple was the third temple built in Brazil.

The Porto Alegre Brazil Temple is the third temple to be dedicated in the nation of Brazil. The temple's location overlooks the city from the east toward a large river and port for which the city is named.

President Faust turned the ceremonial first shovelful of earth during the groundbreaking ceremony. After, he invited a young girl and boy to come help him with the digging. They not only came forward and assisted him, but the little girl also waited for him the next day at the Campinas regional conference to give him a hug of appreciation.

He emphasized the need to sacrifice for temple building and shared how members in Argentina found ways to donate during the construction of the São Paulo Brazil Temple. They gave the gold from their dental work to help pay for the temple. He said that he had purchased some of the gold fillings for more than the market price to share with congregations the nature of the sacrifice made by these members.1

"Temples are the greatest university of learning known to man, giving us knowledge and wisdom about the Creation of the world. Endowment instructions give guidance as to how we should conduct our lives here in mortality."
—Robert D. Hales