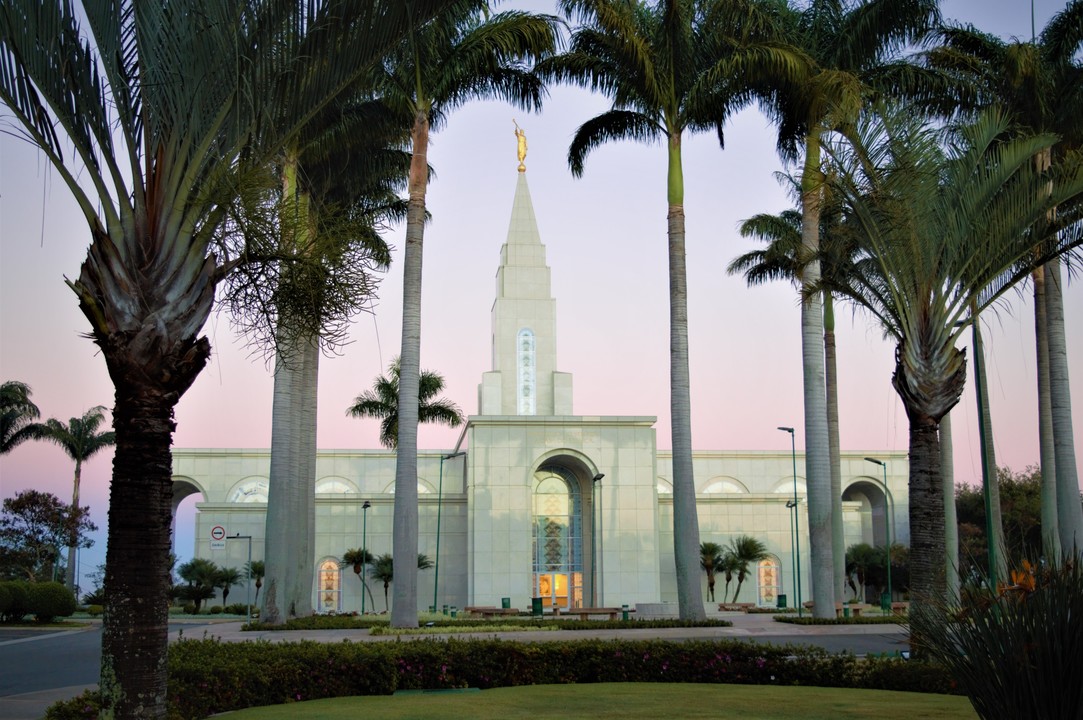 Light gray Asa Branca granite from the state of Ceara

On its hillside location, the beautiful Campinas Brazil Temple is visible from many parts of the city of Campinas, which has a population of over two million. The site is near three major highways making it readily accessible to automobiles and buses.

At the groundbreaking ceremony, Elder W. Craig Zwick of the Seventy and president of the Brazil Area remarked, "It was heartwarming to see about 50 buses that had been used to transport the people, and to see the people assembled on the hill; it was a multitude of faithful saints. The whole experience felt Pentecostal." Referring to a letter from an eight-year-old boy, who had worked hard to earn a $100 donation to help with the construction of the thirty new smaller temples announced in April conference, President James E. Faust observed that he and a man who sent in one million dollars that same day "[would both] be equally blessed for their faithfulness, regardless of the size of their donation."1

"Into this house, when it is completed, we expect to enter to enjoy the blessings of the priesthood, and receive our washings, our anointings, our endowments, and our sealings; and the brethren will be sealed to brethren to connect the links and make perfect the chain from ourselves to Father Adam."
—Brigham Young