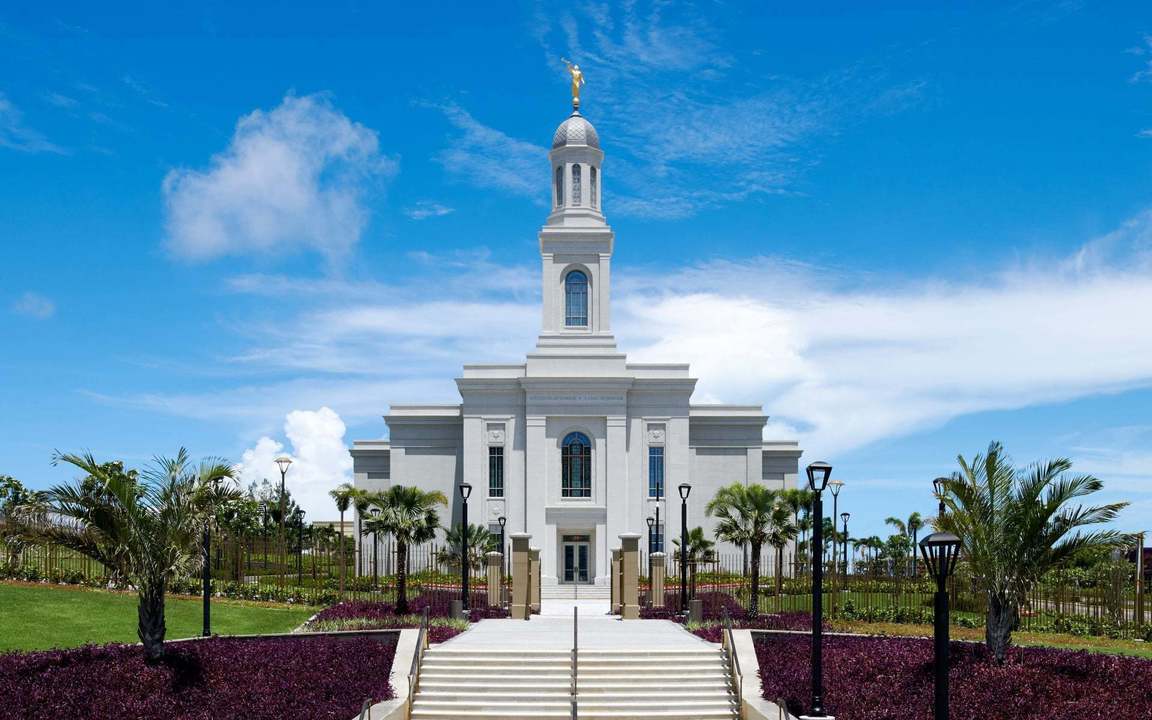 The Fortaleza Brazil Temple stands in the beautiful coastal neighborhood of Dunas across from the esteemed FANOR, an institute of higher education. It is a beautifully ornamented edifice with a single domed tower built into a gently rising slope with beautiful views of the city. An arrival center, missionary housing facility, meetinghouse, and grounds building also share the site. Lush landscaping fills the open spaces among the buildings in the complex.

The Fortaleza Brazil Temple was the seventh temple built in the country of Brazil and the first built in the state of Ceará.

The Fortaleza Brazil Temple was the first temple dedicated outside of the United States by an apostle native to that country.

President Thomas S. Monson announced the construction of the Fortaleza Brazil Temple during the Saturday morning session of the 179th Semiannual General Conference on October 3, 2009. There were 13 stakes in the immediate vicinity of Fortaleza and several more in outlying areas. Members traveled nearly 500 miles to attend the Recife Brazil Temple, which served over 80 stakes and districts in northern Brazil. President Monson said, "We desire that as many members as possible have the opportunity to attend the temple without having to travel inordinate distances."1

The groundbreaking ceremony for the Fortaleza Brazil Temple was held on November 15, 2011. Elder David A. Bednar of the Quorum of the Twelve presided over the ceremony. "This temple will be a source of hope, light and faith in God for all who come and walk here and in this field," Elder Bednar said. "This city will always be better and different because of the temple to be built here."2

Following the groundbreaking event for the Fortaleza Brazil Temple, the property sat vacant for almost five years. The original double-towered design was modified to feature a single domed steeple.

On May 16, 2014, the Mayor of Fortaleza, Roberto Claudio, met with Elder Jairo Mazzagardi, first counselor in the Brazil Area presidency; Elder Mozart Soares of the Seventy; and Alri Nogueira, a member of the Church and former Fortaleza councilman. The main topic of conversation was the temple. The mayor expressed his admiration for the Church and his pleasure with having a temple constructed in Fortaleza. He asked to be invited to tour the facility during construction and especially during the open house following its completion. At the conclusion of the visit, the mayor was presented with a Tabernacle Choir at Temple Square music CD and a family statue.3

The local government accepted the revised plans for the temple complex in the early part of 2015, and a building permit was issued shortly thereafter. Construction did not begin until the second quarter of 2016.

Public tours of the Fortaleza Brazil Temple began on Saturday, April 27, and continued for three weeks through Saturday, May 18, 2019. Covered walkway structures were placed on the grounds to provide shade for guests who walked between the meetinghouse and the temple as part of their open house experience.

A youth devotional was held in the meetinghouse next to the Fortaleza Brazil Temple on the evening prior to the temple dedication. During the devotional, which was broadcast throughout the temple district, Elder Soares emphasized the importance of being worthy to participate in temple ordinances, even as a youth and young adult. He gestured from the pulpit toward the temple as a fortress of strength to help withstand temptation, both before and after missions and marriages.

Elder Ulisses Soares, the first South American (and Brazilian) apostle of the Church, dedicated the Fortaleza Brazil Temple in three sessions on June 2, 2019. He expressed his gratitude for being selected saying, "They could have sent any other apostle, but they gave me the opportunity. It means a lot. It is my own country, my own language, and my own people." At the conclusion of his stirring dedicatory prayer, he declared, "[We] raise our hearts to Thee in the hope that the Lord may accept our supplication and that this holy house may become a lighthouse, not only for the city of Fortaleza, but for our beloved, admired and adored homeland of Brazil."4

"Yea, and my presence shall be there, for I will come into it, and all the pure in heart that shall come into it shall see God."
—Doctrine & Covenants 97:16