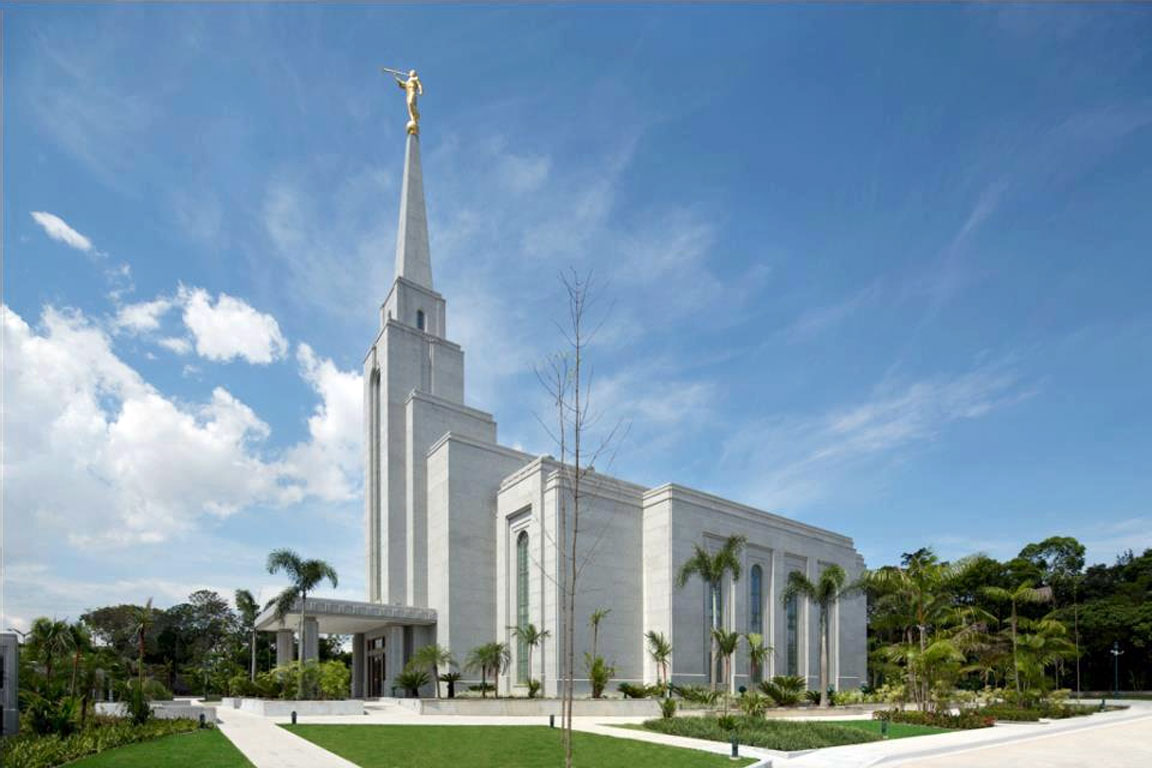 The Manaus Brazil Temple was the sixth temple built in Brazil.

On October 5, 2011, numerous onlookers gathered around the Manaus Brazil Temple to witness the raising and placement of the gold-leafed angel Moroni statue atop the single spire.

Ground was broken for the temple on the banks of the mighty Rio Negro on Friday, June 20, 2008. Elder Charles A. Didier presided over the ceremonial digging for Brazil's sixth temple. The program included inspiring remarks and musical selections.

Manaus is the capital of the state of Amazonas. It is located on the Rio Negro about 11 miles above its confluence with the Amazon River. For the thousands of saints of northern Brazil who for years have traveled days to reach the Caracas Venezuela Temple, Recife Brazil Temple, or São Paulo Brazil Temple, a temple in Manaus is a blessing indeed.1