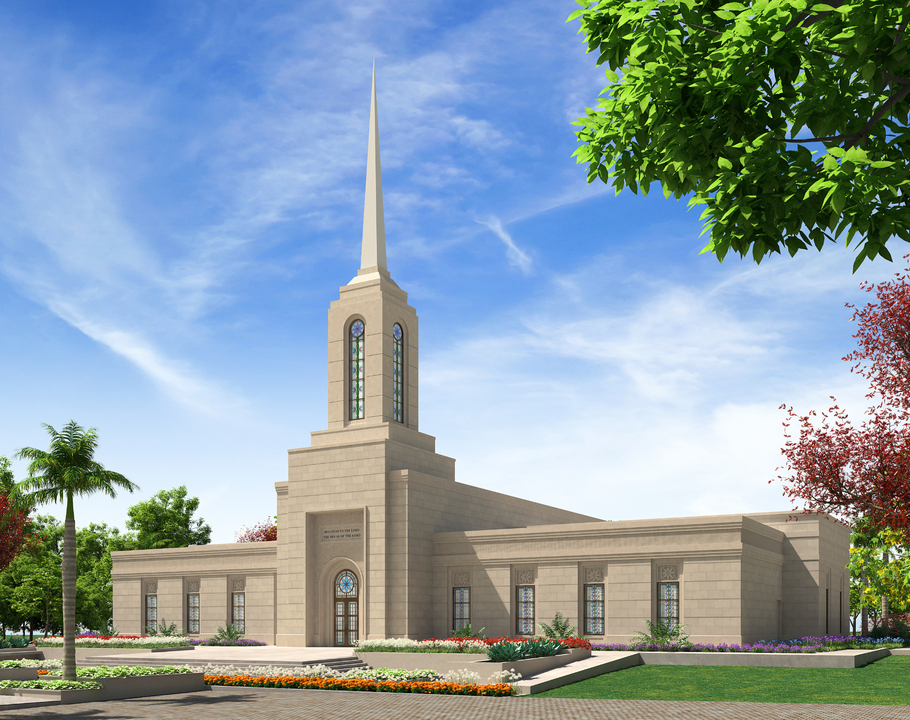 On September 11, 2021, ground was broken on East Africa's first temple at the Mountain View chapel in Nairobi, Kenya, under the direction of Elder Joseph W. Sitati, president of the Africa Central Area. Speaking of the effect of the temple on the rising generation, Elder Sitati said: "This is the place they will get married; this is the place where they will make eternal covenants that will bless them for all eternity." The Nairobi Kenya Temple was "wholly welcomed" by the Right Honorable Raila Odinga, former Prime Minister of Kenya, who had a message read at the service. Among his words, he said: "At a very difficult time, members of the Church have been at the forefront, giving us reason to hope."1

On June 14, 2017, a media event was held to familiarize members of the press with the recently announced Nairobi Kenya Temple. A variety of media outlets and opinion leaders were in attendance. Elder Joseph W. Sitati of the Seventy was the key speaker, addressing the importance of temples and fielding questions from attendees.

On July 14, 2021, an official exterior rendering of the Nairobi Kenya Temple was released.

The site of the Mountain View Ward meetinghouse in northwestern Nairobi was selected as the location for the Nairobi Kenya Temple.

During his opening remarks at the Sunday Morning Session of the 187th Annual General Conference, President Thomas S. Monson announced that a new temple would be constructed in the city of Nairobi, Kenya. It will be the eighth temple constructed on the continent of Africa. There are three operating African temples including the Aba Nigeria Temple, Accra Ghana Temple, and Johannesburg South Africa Temple. Two temples are under construction including the Kinshasa Democratic Republic of the Congo Temple and Durban South Africa Temple. And two other temples, in addition to Nairobi, have been announced: the Abidjan Ivory Coast Temple and the Harare Zimbabwe Temple.2

There are two stakes and six districts operating in the nation of Kenya with three stakes in neighboring Uganda. Many other Saints living in the outlying regions of East Africa, who currently must travel to the distant Johannesburg South Africa Temple, will be immensely blessed by the Nairobi Kenya Temple.

In February 1998, President Gordon B. Hinckley—accompanied by Elder Jeffrey R. Holland of the Quorum of the Twelve Apostles—embarked on an international tour of five African countries and locations in Canada, the Canary Islands, and Cape Verde.

During the afternoon of February 17, 1998, President Hinckley arrived in Nairobi, Kenya, where he addressed some 900 members in a conference room at his hotel. Members were elated to meet the prophet and traveled from as far as Ethiopia, Somalia, Tanzania, and Uganda to be with him. Because not all could afford a trip to Nairobi, some members joined their money together to send representatives who could come back and relate the experience of being with the prophet of the Lord. During his remarks, President Hinckley said, "There isn't the slightest doubt in my mind that the time will come if you will walk in faith and patience that a temple will be built in this land to serve the needs of this people. Now, don't count on it for a few years,…but it will be so."3

The Nairobi Kenya Temple will be the ninth temple built in Africa and the first built in Kenya.

Constructing structural walls for the temple and meetinghouse; roofing the housing buildings