Constructing structural walls for the temple and meetinghouse; roofing the housing buildings; construction estimated to be completed in mid- to late 2024 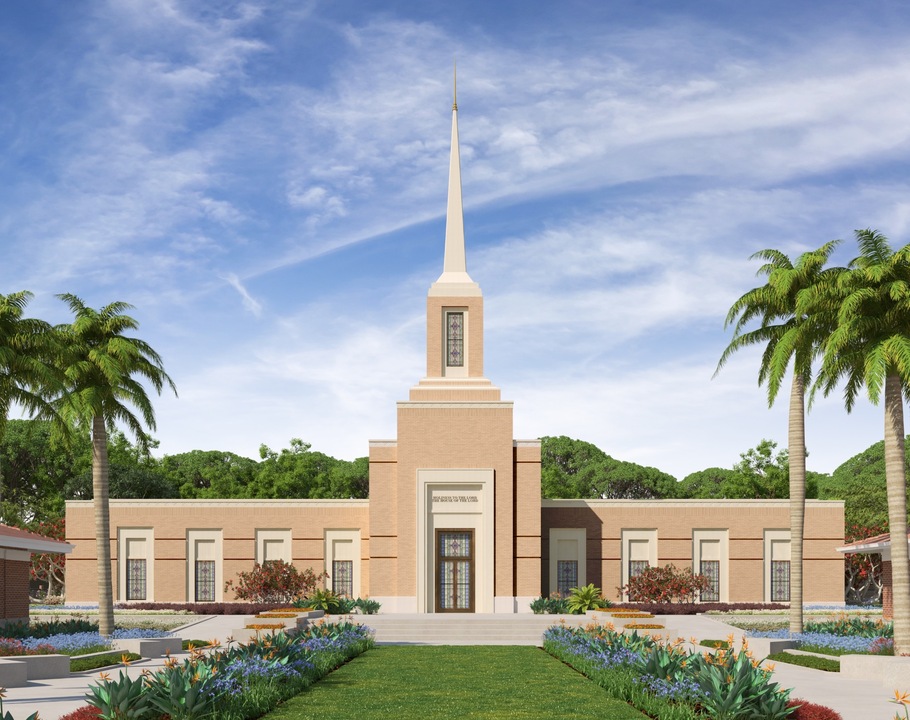 Elder Edward Dube, a native of Zimbabwe and first counselor in the Africa South Area presidency, presided at the groundbreaking for the Harare Zimbabwe Temple on Saturday, December 12, 2020. His Excellency Emmerson Mnangagwa, president of the Republic of Zimbabwe, was also in attendance. President Mnangagwa praised the Church in his remarks, saying, "The contribution of the Church to national development and social well being of the citizenry cannot be overemphasized." In his site dedicatory prayer, Elder Dube said, "As we watch the rising of this building from the ground up, may we also turn our hearts upward to Thee and Thy Son, our Savior Jesus Christ." The single-level, 17,250-square-foot temple will be built on a 6.7-acre site in the Highlands area of Harare.1

On October 1, 2020, an official exterior rendering of the Harare Zimbabwe Temple was released to the public, featuring a 17,250-square-foot temple with a spire rising over the main entrance. Church facilities will stand on either side of the temple.

The Harare Zimbabwe Temple will be constructed on the site of the stake center for the Harare Zimbabwe Stake on Enterprise Road in the Highlands neighborhood of Harare. President Russell M. Nelson toured the site while visiting Harare on April 17, 2018, as part of his world ministry.

In April 2016, at the Sunday morning session of the 186th Annual General Conference, President Thomas S. Monson announced the construction of the first temple in Zimbabwe in the capital city of Harare, much to the rejoicing of the Zimbabwean Saints who had prayed and prepared for this day for many years.

Church membership is growing steadily in Zimbabwe where there are 26,000 members organized into six stakes and two districts—three of those six stakes being headquartered in Harare. Prior to the temple announcement, Zimbabwe was the country with the second highest number of Church members without a temple (Nicaragua having the highest). Members desiring to participate in temple worship currently drive 13 hours to reach the Johannesburg South Africa Temple. Other nearby African nations will also benefit from the temple including Zambia, Mozambique, Malawi, and the Democratic Republic of the Congo.

The Harare Zimbabwe Temple will be the eighth temple built in Africa and the first built in Zimbabwe.