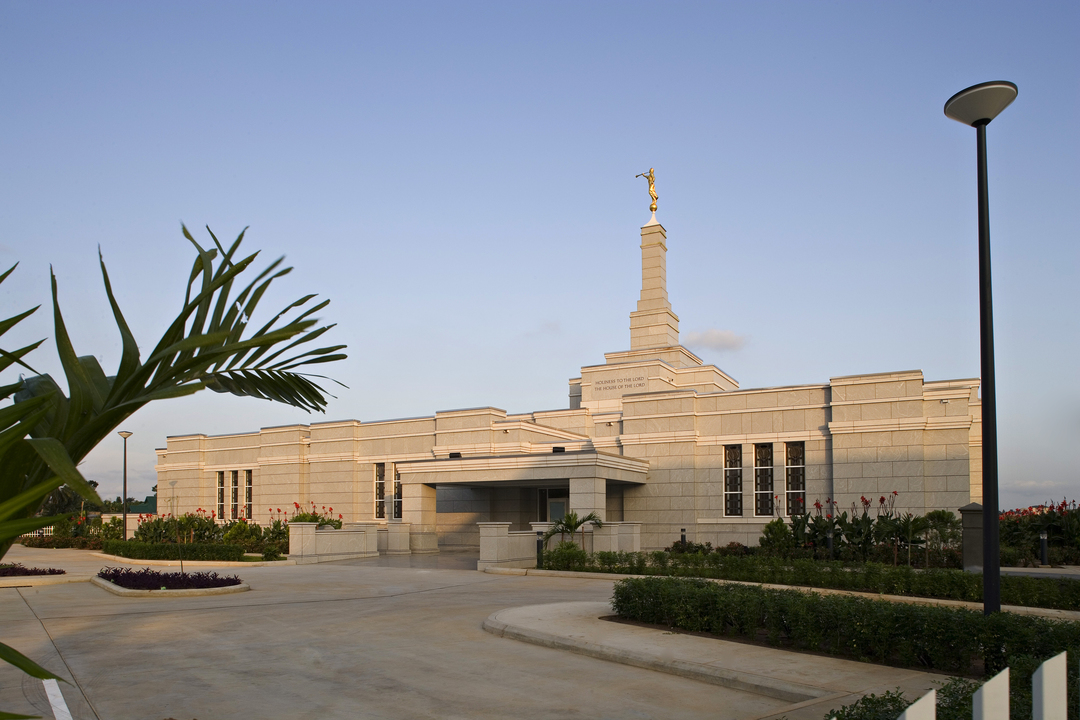 The highly visible site of the Aba Nigeria Temple is situated on the outskirts of Aba, north of the Ogbor River. A concrete bridge—constructed by the Church—spans the river, granting access to the temple complex, which includes a stake center and an administration office building with guest rooms.

The Aba Nigeria Temple was the first temple built in Nigeria, the second built in West Africa, and the third built in Africa, following the Johannesburg South Africa Temple (1985) and Accra Ghana Temple (2004).

President Gordon B. Hinckley dedicated the Aba Nigeria Temple during a worldwide tour that included visits to Anchorage, Alaska; Vladivostok, Russia; Seoul, South Korea; Taipei, Taiwan; Hong Kong, China; New Delhi, India; Nairobi, Kenya; and finally Aba, Nigeria. His first view of the temple was from a helicopter in a flyover of the site.