Plastering and painting the exterior walls; interior work underway; hardscaping the temple grounds; estimated to be completed in late 2022 to early 2023 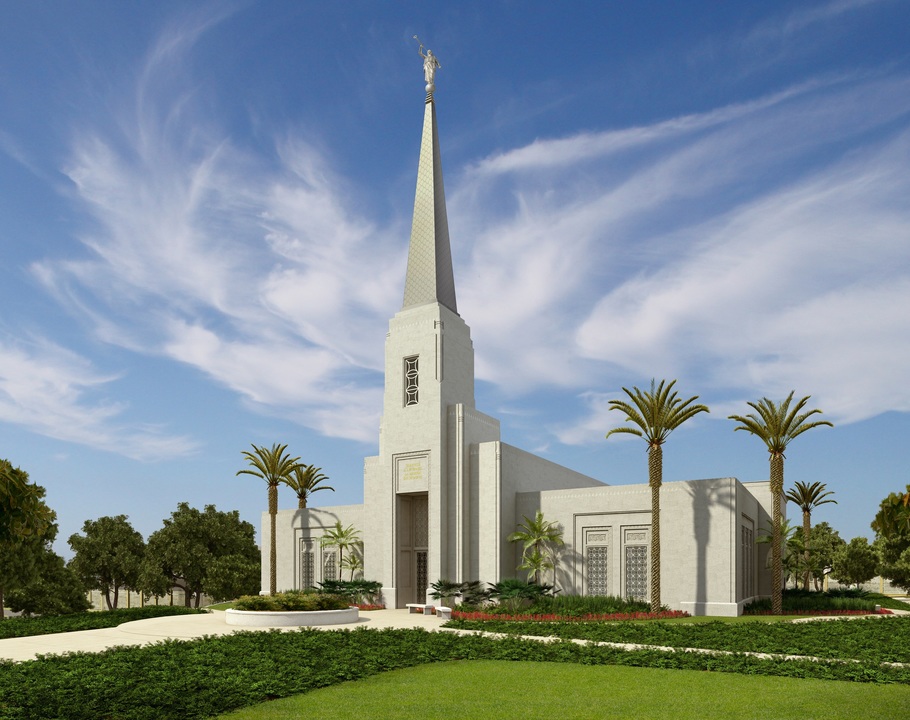 Elder Neil L. Andersen of the Quorum of the Twelve Apostles presided at the groundbreaking ceremony for the Abidjan Ivory Coast Temple on Thursday, November 8, 2018. He was accompanied by his wife Kathy. Also in attendance were Elder Marcus B. Nash, president of the Africa West Area, his wife Shelley, and Elder Edward Dube, first counselor in the Africa West Area, and his wife Naume. A multi-stake choir sung beautiful hymns for the occasion. "This house will be a blessing for the country and the members. This temple is an answer to the prayers of the Saints in Cȏte d’Ivoire," said Elder Andersen.1

The official rendering of the Abidjan Ivory Coast Temple was released on October 4, 2018.2

The Abidjan Ivory Coast Temple will be constructed on the site of the stake center for the Cocody Cote d'Ivoire Stake in the commune of Cocody, known for its beautiful residential districts.

On April 5, 2015, President Thomas S. Monson announced the construction of the first temple in the Ivory Coast (Côte d'Ivoire) during the Sunday Morning Session of the 185th Annual General Conference. Côte d'Ivoire is home to approximately 20 million people including over 22,000 members of the Church. Missionary work officially began in Côte d'Ivoire in 1988. Church members in Abidjan, the country's largest city, currently attend temple services in Accra, Ghana, which is a twelve-hour drive. 3

Over the past few years, Church membership growth in Côte d'Ivoire has been among the highest in the world. The number of members and congregations has multiplied in this West African nation where sixteen stakes and seventeen districts operate. Fourteen of the sixteen stakes are headquartered in the greater Abidjan region. In 2012, three of the five stakes in Côte d'Ivoire were among the top 25 in the Church in the percentage of adults submitting family names for temple ordinances.

The Abidjan Ivory Coast Temple will be the seventh temple built in Africa, the third built in West Africa, and the first built in the Ivory Coast (Côte d’Ivoire).