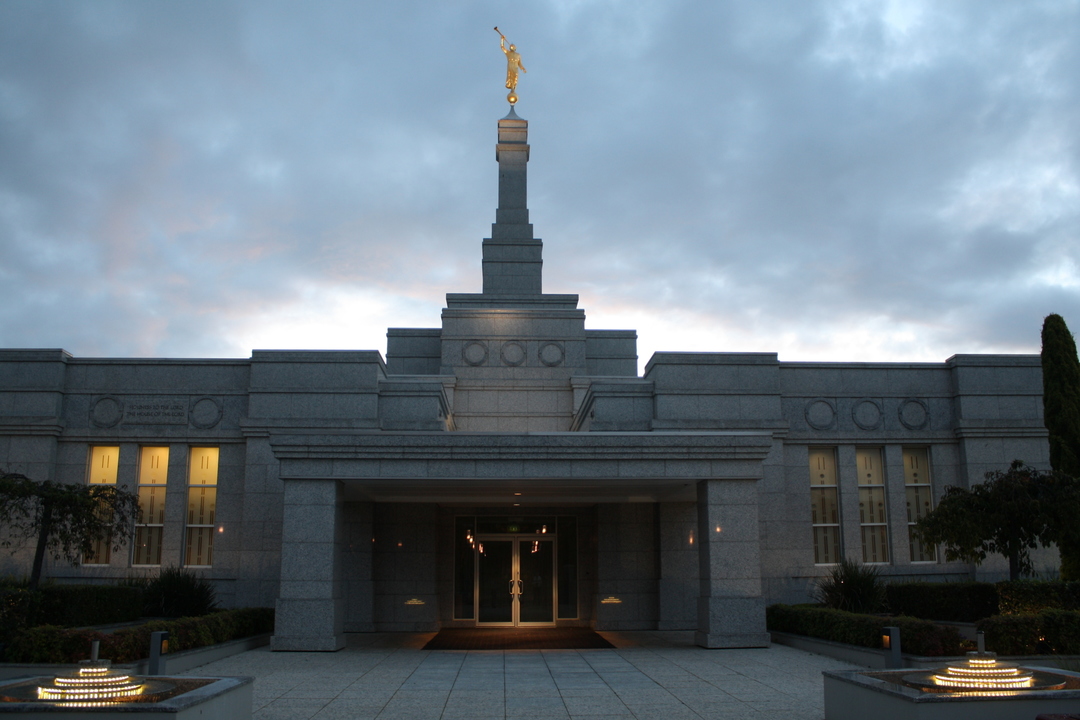 Located just a few miles northeast of Adelaide's city center in the suburb of Marden, the Adelaide Australia Temple stands next to a college campus on Lower Portrush Road, a major route through suburban Adelaide. The granite edifice, capped with a gold-leafed statue of the angel Moroni, is surrounded by trees and gardens with gathering plazas on each of the four sides of the building.

On August 13, 1982, at the groundbreaking ceremony for the Sydney Australia Temple, Elder Bruce R. McConkie of the Quorum of the Twelve Apostles, who presided at the service, said: "There is no reason in the world why we can't have temples in Adelaide, Melbourne, Brisbane, and Perth as soon as warranted by the numbers and the faithfulness of the Australian Saints." His words would be fulfilled just over twenty years later, beginning with the Adelaide Australia Temple.1

The groundbreaking service for the Adelaide Australia Temple was held in the nearby Firle Chapel under heavy rain that drummed on the roof of the building. Following the site dedicatory prayer, as the congregation proceeded to the temple site to break ground, the rain stopped and dark clouds gave way to blue skies. Elder Vaughn J. Featherstone, who presided at the ceremony, said that because of the members' commitment to temple attendance, they "surely merit a temple in their midst."2