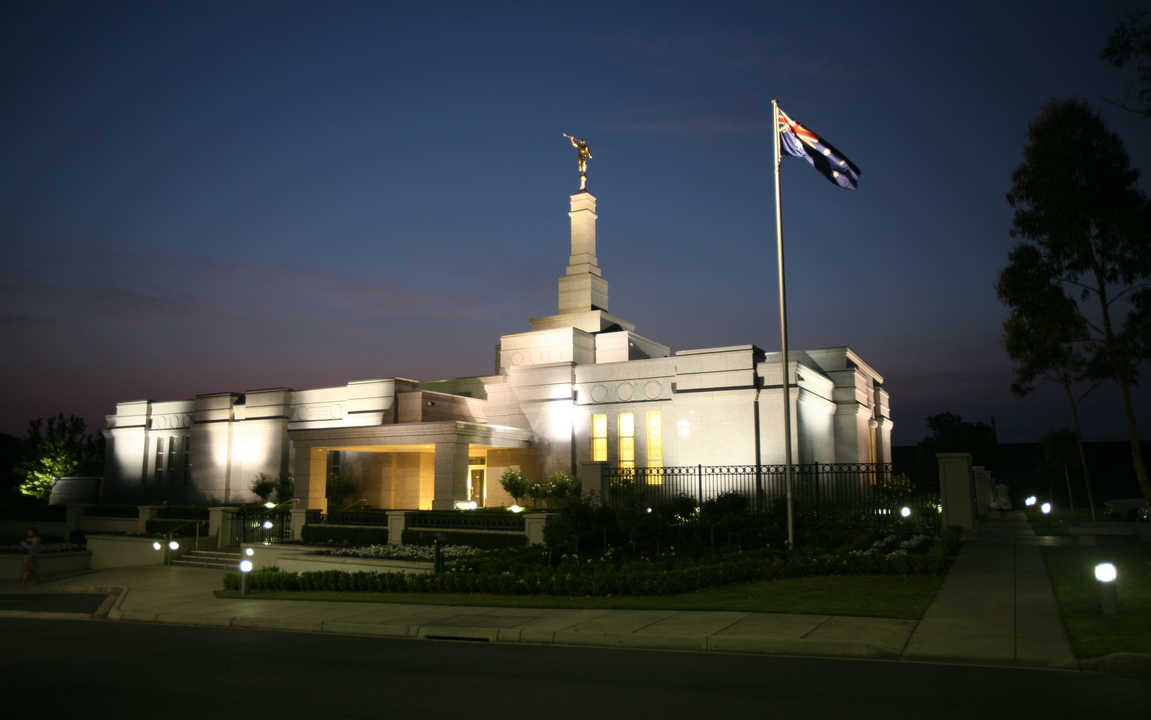 The Melbourne Australia Temple sits on a gently rising slope above the M3 freeway in the eastern suburbs of Melbourne, about 15 miles from the city center. The granite temple was constructed on the site of the stake center for the Melbourne Australia Maroondah Stake in the residential neighborhood of Wantirna South. The grounds are filled with trees and feature a beautiful semi-circular gathering plaza on the south side of the temple.

The Melbourne Australia Temple was announced by a letter from the First Presidency to local priesthood leaders dated October 30, 1998. A letter was sent the same day to priesthood leaders in Mexico announcing the Villahermosa Mexico Temple.

Elder P. Bruce Mitchell, second counselor in the Australia/New Zealand Area presidency, presided at the groundbreaking ceremony for the Melbourne Australia Temple. In his remarks, he quoted Elder John A. Widstoe of the Quorum of the Twelve: "'When we go through the temple for other people we taste the sweet joy of saviorhood and our stature becomes more like the Savior Jesus Christ who died to save us all.'" He asked that members pray daily during the construction of the temple that there would be no mishaps or undue delays.1

During the week-long open house for the Melbourne Australia Temple, more than 28,000 guests toured the building including approximately 250 business, community, civic, and interfaith leaders; and 150 neighbors and subcontractors. The governor of Victoria, His Excellency the Honourable Sir James Gobbo AC, was among the notable guests who visited the temple and was deeply impressed by its beauty and spirit.

At the dedication of the Melbourne Australia Temple, stake president Murray Lobley said: "For 16 years we have traveled the 1,500 miles round trip to the Sydney temple and before that many members of the Church here had to sacrifice—sometimes their house, car and other possessions—so they could afford to make the journey to the New Zealand Temple." He continued: "We are now no longer enslaved by the tyranny of distance—we have been truly blessed to have a temple built in Melbourne."2

"Bible prophecies indicate that in the last dispensation of the gospel, there would be a restoration of all of the principles and practices of former dispensations, which includes temple-building and the performing of ordinances therein."
—David B. Haight