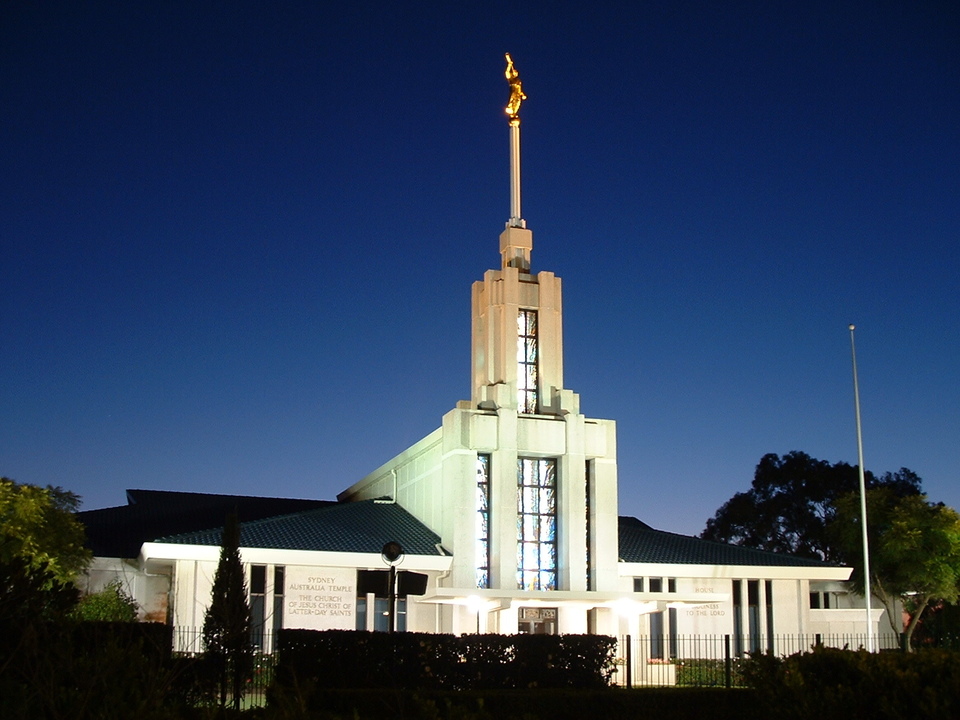 © Michael B. Whittington. All rights reserved.

The Sydney Australia Temple is located in suburban Carlingford, about 12 miles northwest of downtown Sydney. The tranquil setting is considerably beautified by award-winning landscaping including huge eucalyptus trees that perpetuates appealing form and color year round. The temple shares its site with Church area offices and a patron housing facility.

The Sydney Australia Temple was the first temple built in Australia.

The Sydney Australia Temple sits on property formerly used as a school for boys. The buildings were renovated and converted for Church use including area offices.

During construction of the Sydney Australia Temple, numerous workers on the project—most of whom did not belong to the Church—asked questions of Brother Frank Hewstone, the Church’s project representative, about the temple. One worker often turned to many by the time he finished providing his explanations.

Thousands of Australians toured the Sydney Australia Temple during its public open house in September 1984, resulting in hundreds of requests for more information about the Church.

"We know that Elijah did return—at least twice—after Malachi's promise.…At the Kirtland Temple, April 3, 1836, Elijah appeared to the Prophet and Oliver Cowdery and said, 'The keys of this dispensation are committed into your hands.'"
—Russell M. Nelson