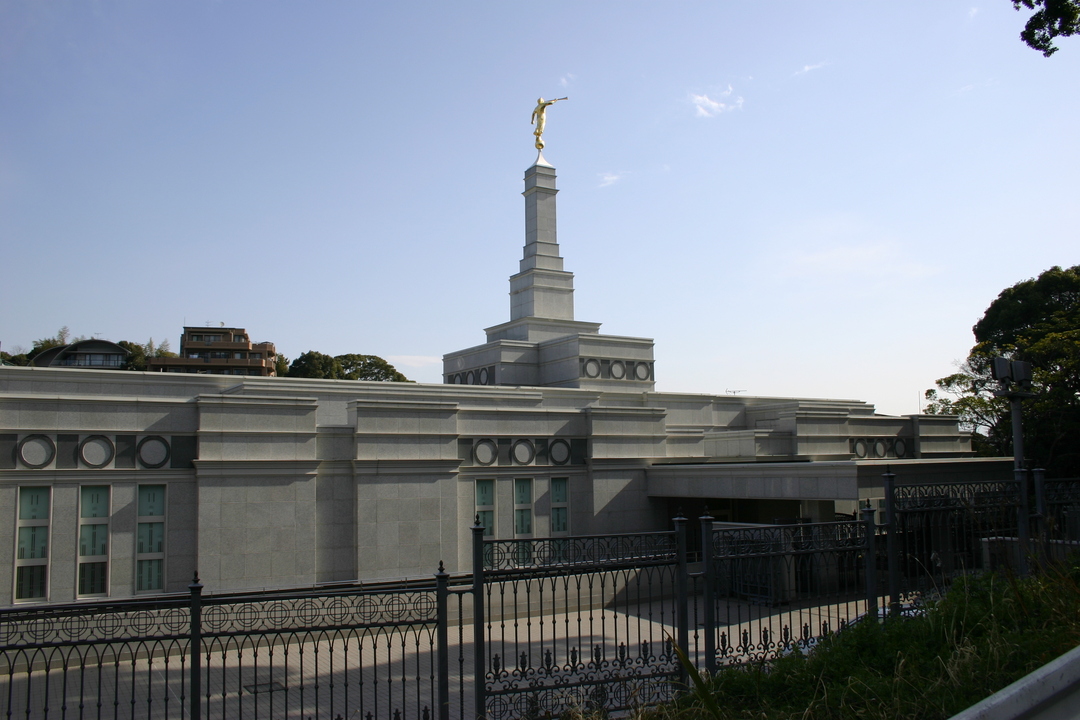 Located on the southern island of Kyushu, the Fukuoka Japan Temple is built into a hillside where the nearby Fukuoka Municipal Zoo and Botanical Garden acts as a lush green backdrop. The temple proper—faced with white granite—occupies the upper story of the two-story building with its main entrance opening on the elevated side of the site. The lower story—faced with a darker grey granite—is accessed from the rear and houses a mission office, mission home, temple president apartment, and parking structure.

The site of the Fukuoka Japan Temple was acquired when the area was remote and accessible only by an unpaved road. A former restaurant on site served as meetinghouse, which was joined by a mission home a few years later. The buildings were razed to make way for the temple. A traditional meetinghouse now serves members just a few blocks away.

Construction of the Fukuoka Japan Temple rekindled activity among numerous inactive members of the Church in the area.

The gold-leafed angel Moroni statue was affixed to the spire of the Fukuoka Japan Temple on November 8, 1999.

President Gordon B. Hinckley, who oversaw Church affairs in Asia in the 1960s, was visibly emotional during the dedicatory services of the Fukuoka Japan Temple, noting that it would probably be his last time in Fukuoka.