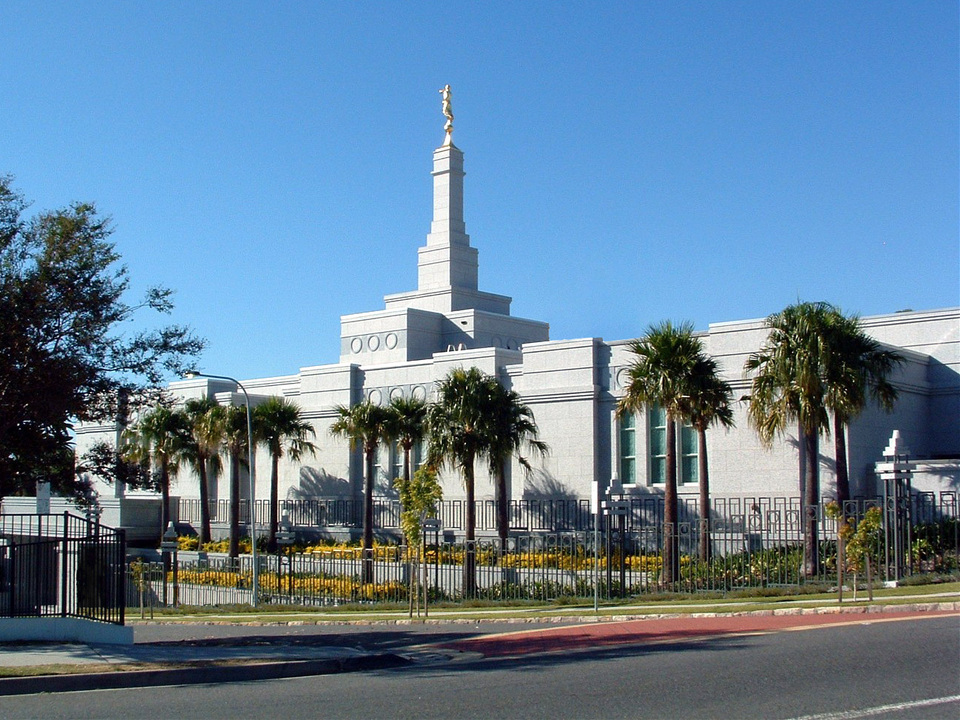 The Brisbane Australia Temple is located on the striking Kangaroo Point cliffs, overlooking the Brisbane River and central business district. The beautiful granite building sits adjacent to an equally lovely meetinghouse built at the same time. Parking is available in an underground lot beneath the temple. The landscaped grounds of the temple are open to the anyone who wishes to admire the beautiful buildings or the expansive views from the cliffs.

Though it was the fifth temple built in Australia, the Brisbane Australia Temple was the second temple announced for Australia. Negotiations over the height of the temple and adjacent meetinghouse, nighttime flood lighting, and traffic concerns created significant delays. The Church complied with requests to reduce the roof pitch of the meetinghouse and to lower the temple platform.