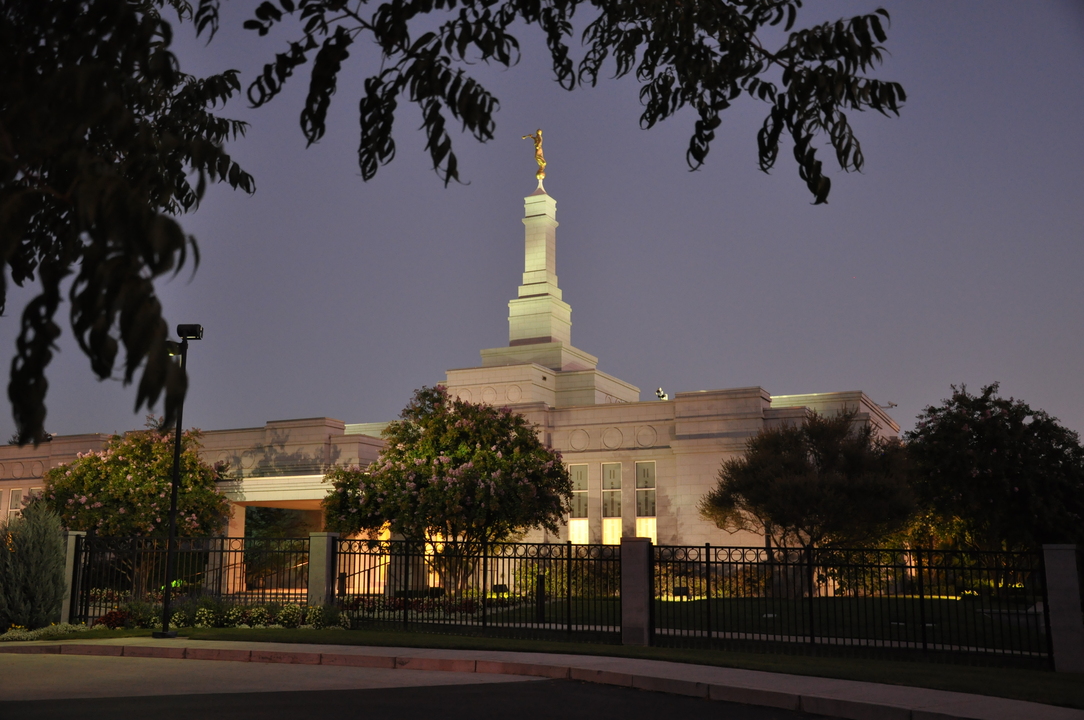 "From the days of the sailing of the ship Brooklyn to San Francisco Bay in 1846 and the forced march of the Mormon Battalion, California has taken a key role in the history of the Church," said Elder John B. Dickson of the Seventy and president of the North America West Area, who presided over the groundbreaking ceremony for the Fresno California Temple. "This is another of those great days."

Elder Dickson said that since the Church's organization in April 1830, it has begun to fill the whole earth. "We now find ourselves on the threshold of unprecedented growth and expansion," he declared.

Speaking of the Book of Mormon, he continued: "What a blessing it is to have this other testimony of the Savior amidst the unbelief of the 20th and 21st centuries. Through these scriptures we have more fully come to understand that God is our Heavenly Father, that we dwelt with Him before this earth life and that part of His plan for our happiness was that a way be prepared for us to return to Him one day….

"We have also learned that the family is the central unit in Heavenly Father's plan for His children," Elder Dickson explained. "This brings us to the purpose of our being here today, for we know not only that families are basic and important, but they can also be eternal. The building that will rise on this sacred piece of property is a building dedicated to the proposition of helping us to establish eternal families."1