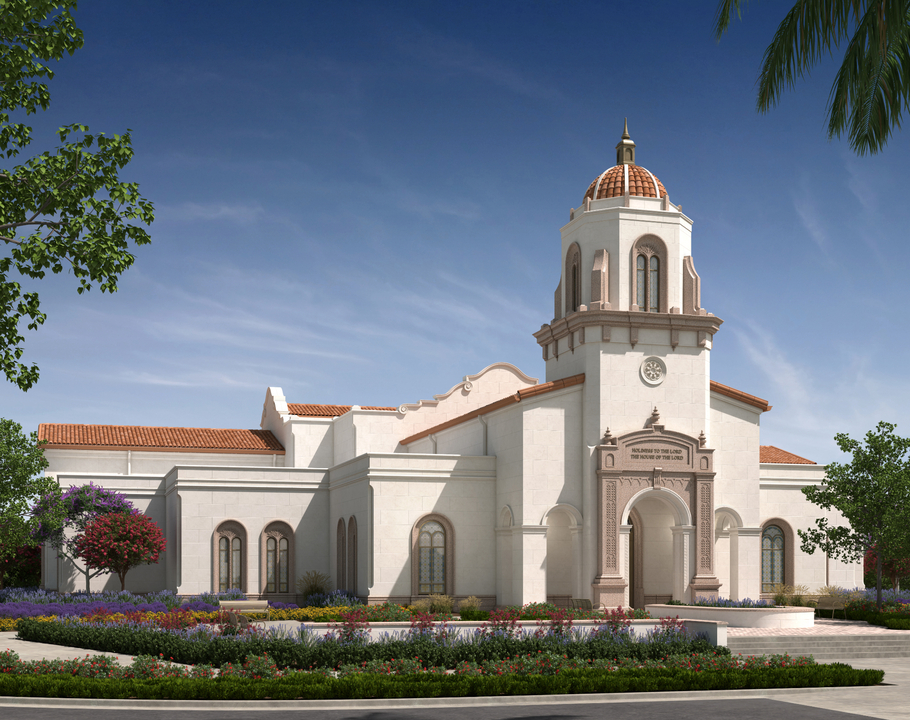 "It is an honor to be here on this beautiful California summer day to dedicate this site for the construction of a sacred temple," said Elder Mark A. Bragg, a General Authority Seventy, at the groundbreaking ceremony for the Yorba Linda California Temple held on Saturday, June 18, 2022. The 30,000-square-foot temple will be constructed on a 5.4-acre site at Bastanchury Road and Osmond Street where a former meetinghouse was recently razed. It will be the second temple constructed in Orange County, joining the Newport Beach California Temple. In his site dedicatory prayer, Elder Bragg said, "We pray for Thy spirit to pour down on this area that we might dedicate our efforts to stay on the covenant path and to help others enter and stay on that path."1

On September 17, 2021, the official exterior rendering was released for the Yorba Linda California Temple.

On July 15, 2021, the location was announced for the Yorba Linda California Temple as a 5.4-acre site at the intersection of Bastanchury Road and Osmond Street where an existing Church meetinghouse and baseball field are located. Plans call for a single-story building of approximately 30,000 square feet. The property is situated on a major thoroughfare near the The Imperial Highway, making it easily accessible for Orange County Saints in the area.2

"We have thought of thy lovingkindness, O God, in the midst of thy temple."
—Psalms 48:9