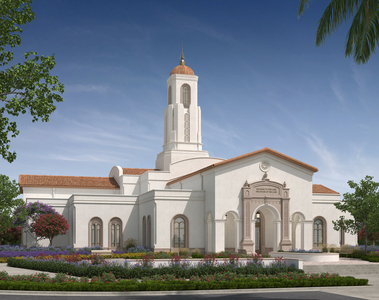 A newly released exterior rendering for the Yorba Linda California Temple reveals the Mission Revival-style design for the building. The temple will be constructed on the 5.4-acre site of an existing meetinghouse at the intersection of Bastanchury Road and Osmond Street. The single-story building will be approximately 30,000 square feet. No groundbreaking date has been set. 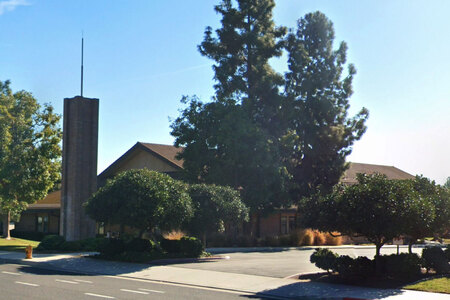 The location has been revealed for the Yorba Linda California Temple, announced by President Russell M. Nelson at the April 2021 General Conference. The temple will be built on a 5.4-acre site at the intersection of Bastanchury Road and Osmond Street where an existing meetinghouse stands. Plans call for a single-story building of approximately 30,000 square feet. The temple will serve more than 21,000 Latter-day Saints. Detailed plans are undergoing development, and project leaders will soon begin working with city officials on the approval process. No groundbreaking date has been set.