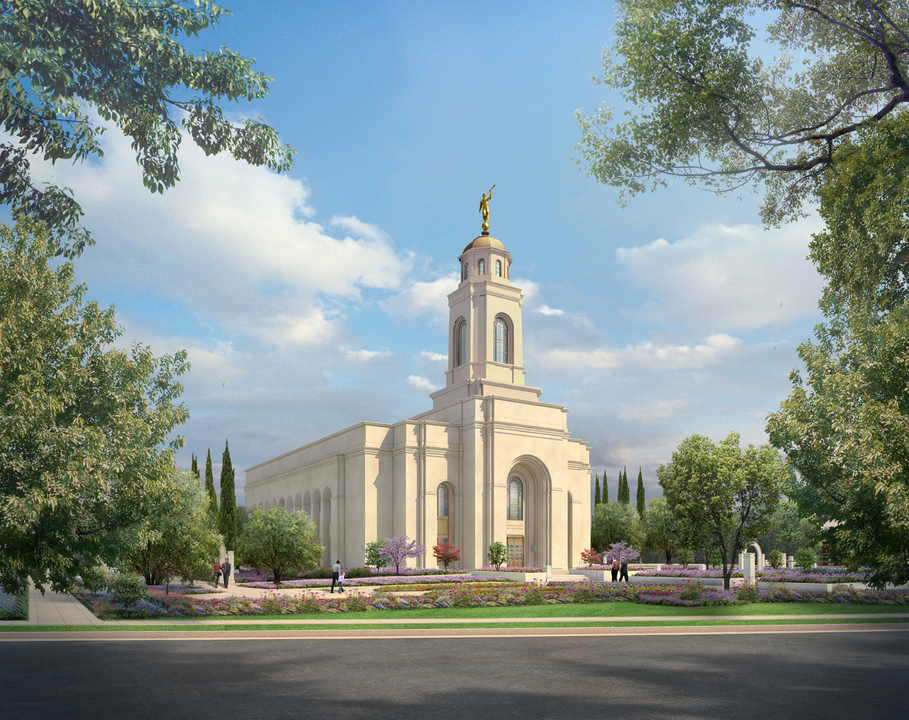 Elder Paul H. Watkins, Area Seventy, presided at a small groundbreaking ceremony on Saturday, June 18, 2020, for the Feather River California Temple. Attendance was limited by COVID-19 social guidelines. In his site dedicatory prayer, Elder Watkins prayed, "As the temple foundation is poured, and the walls are placed, and the roof is formed, let us all revitalize our foundational faith in apostles and prophets with Jesus Christ being our chief cornerstone." The site for the 38,000-square-foot temple will be shared by a new meetinghouse and distribution center.1

On September 26, 2019, the location of the Feather River California Temple was announced. The temple will be constructed on the site of the stake center for the Yuba City California Stake at 1470 Butte House Road, including a parcel that will be soon be acquired from Yuba City. The existing stake center will be demolished and replaced by the temple, a new stake center, and a distribution center.2

The Feather River California Temple will be the eighth temple built in California.

The Feather River California Temple was originally announced as a temple planned for Yuba City, California.

"Behold, I will send you Elijah the prophet before the coming of the great and dreadful day of the Lord: And he shall turn the heart of the fathers to the children, and the heart of the children to their fathers, lest I come and smite the earth with a curse."
—Malachi 4:5–6