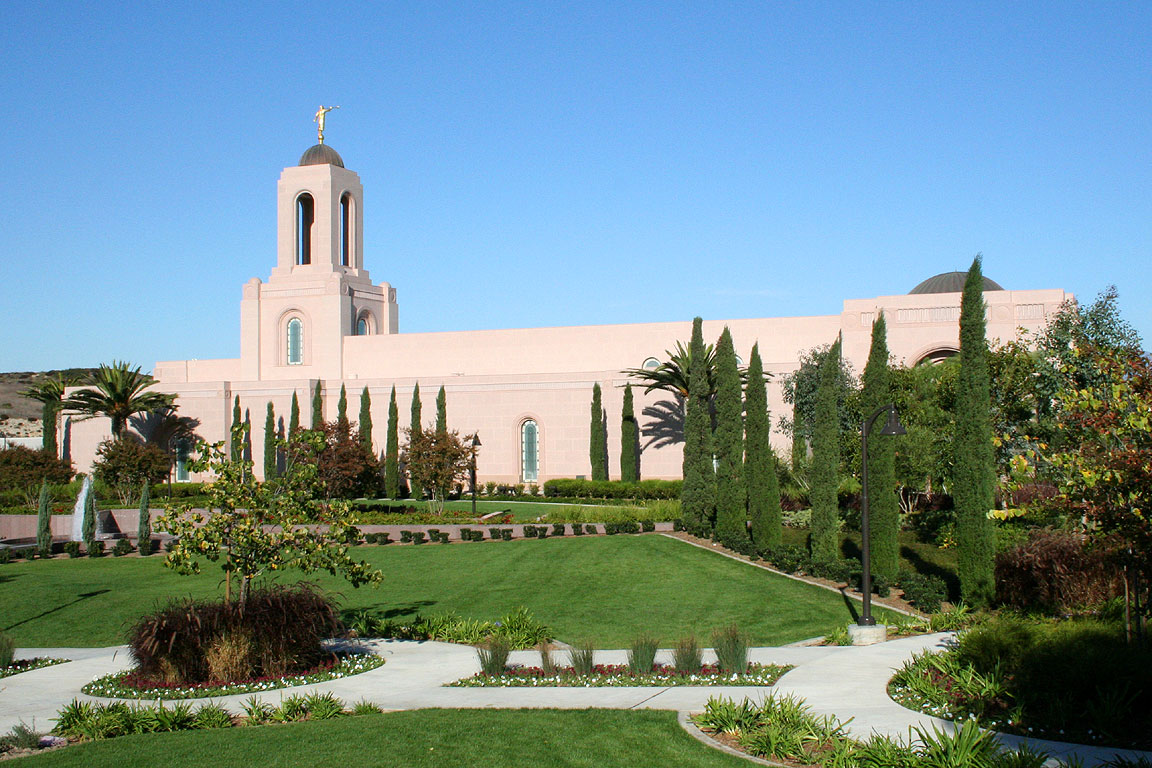 The Newport Beach Planning Commission gave its approval for the Newport Beach California Temple on October 3, 2002, despite protests from the numerous residents in attendance. The Church worked closely with residents in a spirit of compromise, making changes in response to their concerns that included turning off flood lighting by 11:00 p.m., changing the color of the building from off-white to an earth-tone shade of seashell, and reducing the height of the spire from 124 feet to 100 feet.1

On November 12, 2002, the Newport Beach City Council gave final approval for the temple upon agreement by the Church to make a second reduction in the height of the steeple from 100 feet to 90 feet. The 10-foot concession gained yards in public relations, as staunch opponents embraced the compromise, saying they were ready to move forward as a community.2

On January 13, 2005, a statue of the angel Moroni crowned the temple. During placement, a remarkable solar halo was visible, which surrounded the sun. Once Moroni was in place, the phenomenon dissipated.4

"Each of our temples is an expression of our testimony that life beyond the grave is as real and as certain as is our life here on earth. I so testify."
—Thomas S. Monson