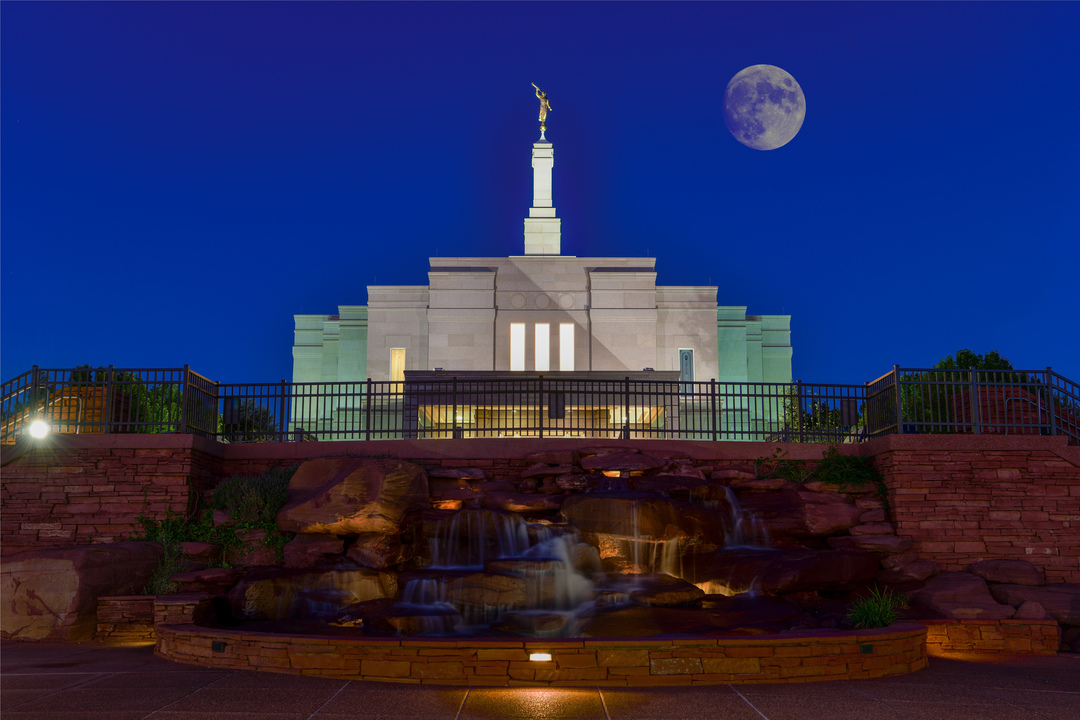 The site for the Snowflake Arizona Temple lies next to a golf course at the west end of town on top of a bluff covered in cedar trees that has become known as "Temple Hill." Approximately 8 feet was removed from the top of the knoll to accommodate the two-level temple, which is partially set into the ground. A rustic water feature sits on the lower parking level directly in line with the entrance.

The Snowflake Arizona Temple is a sister building to the Winter Quarters Nebraska Temple.

The town of Snowflake was named after its founder, William J. Flake, and the apostle with charge over the colonization of Arizona, Erastus Snow, who visited the settlement a few months after Flake arrived.

The groundbreaking ceremony for the Snowflake Arizona Temple was held on September 23, 2000. President Stephen Reidhead of the Snowflake Arizona Stake related the history of the early pioneers who settled the area, dreaming that a temple would be built there one day. Elder Rex D. Pinegar of the Seventy, who presided at the ceremony, said the temple was the most sacred place on earth. He encouraged members to dissolve any feelings that drew them apart and to gather in the temple where no differences exist.1

The Snowflake Arizona Temple landscaping and plantlife complement the natural surroundings. In front of the entrance canopy is a beautiful water feature.

The interior decor reflects the history and culture of the area. Much of the furniture, for example, has a pioneer appearance similar to that of the Vernal Utah Temple. Several pieces were custom built including some with Native American designs carved into them. Native American patterns appear as painted stencil work on walls and sculpted into carpets.

A second console cabinet placed in front of art glass windows features a gold-leaf sunburst on each of the three panels. Art glass windows feature beveled cuts that create a shimmer of light outside the rooms of the temple. An exquisite set of stained-glass windows depicting Christ instructing a circle of children and adults is on display. Dark cherry wood and light painted wood is incorporated throughout the building.2

"At the temple the dust of distraction seems to settle out, the fog and the haze seem to lift, and we can 'see' things that we were not able to see before and find a way through our troubles that we had not previously known."
—Boyd K. Packer