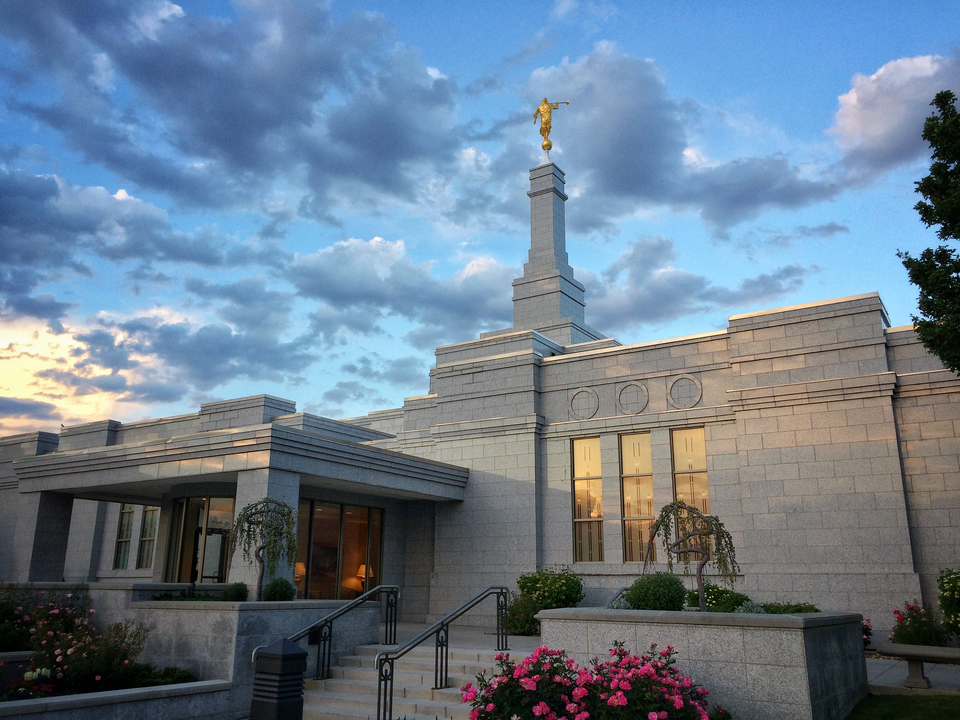 The Reno Nevada Temple was dedicated on the same day as the Memphis Tennessee Temple.

Presiding at the groundbreaking services on Pioneer Day, Elder Rex D. Pinegar of the Seventy and president of the North America Southwest Area called the groundbreaking a good time to honor the pioneers. "These devoted faithful saints traversed the dangerous, forbidding country of America's wilderness. Through extreme and inhospitable weather they endured hardships, privation and went into the unknown with great faith and courage." Many of the pioneers found the will to endure such hardships in the temple. "From the temple experience they had gained a vision of who they were and what their relationship was with God," he said.

Elder Pinegar explained that Church members are faced with their own difficulties, today. "We need the Lord's strength in our own lives and in the lives of our children," he said, noting that the temple is a visual reminder of God's existence and stands as a beacon, reminding members to come unto Christ. Just as the early pioneers received strength for their journey west in the Nauvoo Temple, so can members today receive the strength they need to fulfill their journey ahead in the temple.1