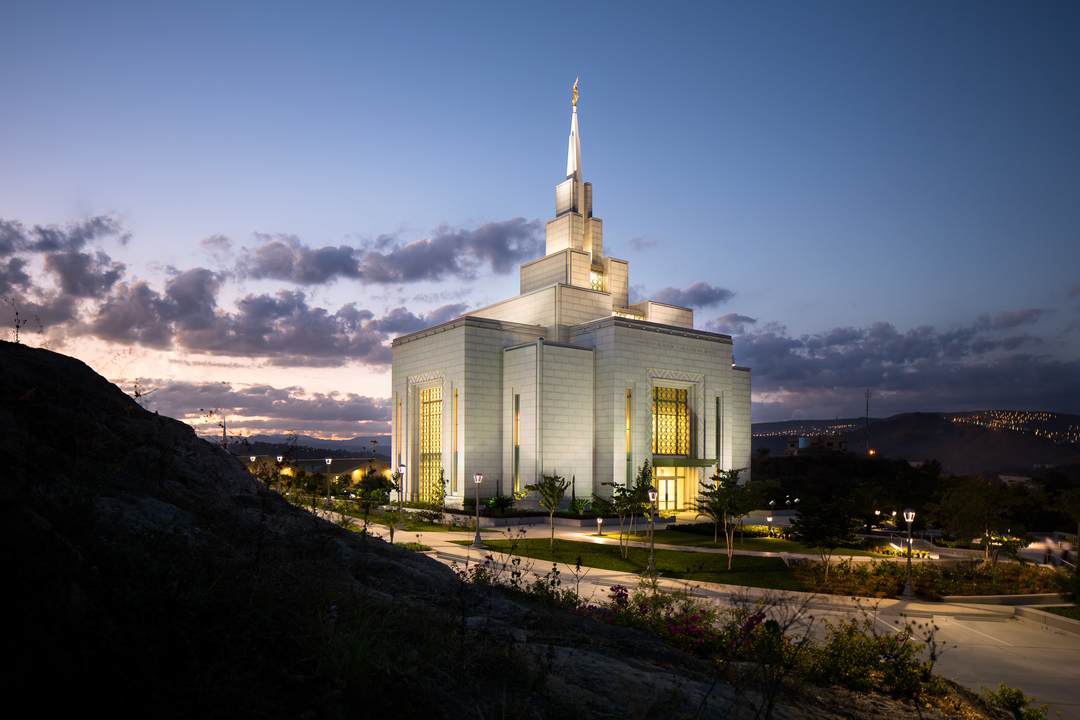 The Tegucigalpa Honduras Temple was the first temple built in the country of Honduras and the sixth built in the region of Central America.

The First Presidency announced the Tegucigalpa Honduras Temple in a letter dated June 9, 2006. The Honduran members received the news at the hand of Central America Area President Spencer V. Jones of the Seventy, who was visiting the country on June 18. Area members, who had to travel 12 hours to the Guatemala City Guatemala Temple, were delighted with the news. The First Presidency added its confidence that "this will be a blessing to the many faithful saints in this and surrounding areas who have had to travel long distances to enjoy the blessings of the temple."1

Ground was first broken for the Tegucigalpa Honduras Temple on Saturday, June 9, 2007—one year from the date of its announcement—at its originally selected location adjacent to the institute building at the Universidad Nacional Autónoma de Honduras on the eastern side of the city. President Spencer V. Jones of the Seventy presided at the event, which was attended by invited priesthood leaders and their families, several of whom participated in the first ceremonial scoops of dirt with gold-colored shovels. Stake presidents from Nicaragua expressed gratitude that the temple would be only four hours away, allowing them to spend more time doing ordinance work than traveling, as had previously been the case.2

On Wednesday, January 28, 2009, Church officials announced that construction of the Tegucigalpa Honduras Temple would no longer be pursued at the originally selected location. Construction of the temple was halted shortly after excavation for the foundation in September 2007 when opposition was met from Tegucigalpa City officials and citizens who felt the temple would overshadow and block the view of the iconic Our Lady of Suyapa Basilica. Despite months of negotiations, the Church did not succeed in obtaining a response of approval from the mayorship. Out of respect for the City officials' feelings and to avoid the perception of any rivalry with the Catholic Church, Church officials made the decision to relocate the temple.3

Ground was broken for the Tegucigalpa Honduras Temple at its new location near the Toncontín International Airport on Saturday, September 12, 2009, in a small private ceremony of invited priesthood leaders and Area Authorities. An architectural rendering was on display reflecting the temple's surroundings of several acres in Residencial Roble Oeste.4