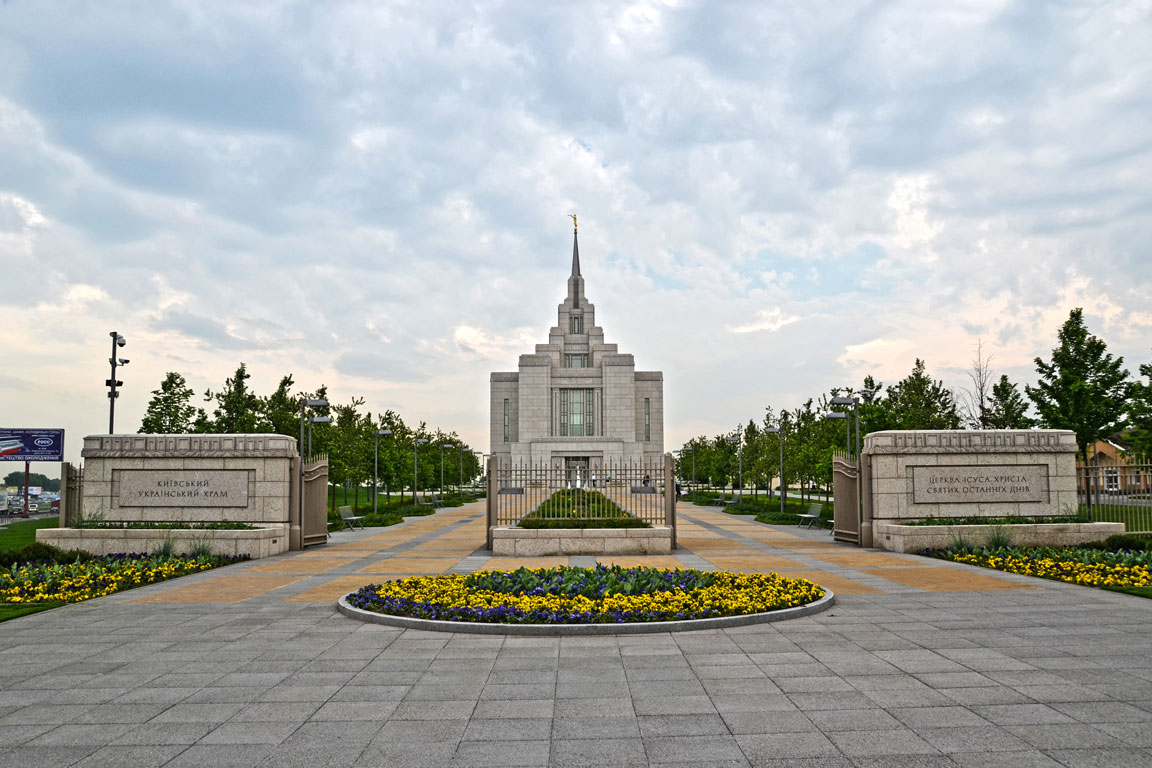 The Kyiv Ukraine Temple was the eleventh temple built in Europe and the first built in Ukraine and in the former Soviet Union.

On September 12, 1991, Elder Boyd K. Packer of the Quorum of the Twelve Apostles stood on a hillside near the center of Kyiv and offered a prayer of dedication and blessing upon Ukraine. He said: "We see the day when there will be scattered in the villages here and there a member and yet another member and then a gathering and then a branch and, in due time, stakes of Zion set firmly and permanently upon the fertile soil of the Ukraine. And in due time, the spires of temples will be seen across this great land."1

On September 12, 2011, the Kyiv Ukraine Temple was awarded first place for the best religious building constructed in Ukraine in 2010. The award was presented by the Ministry of Regional Development, Construction, Housing and Communal Services of Ukraine.

The announcement of the Kyiv Ukraine Temple came just weeks following the dedication of Ukraine's first meetinghouse in Donetsk on June 28, 1998.2

During a trip to Europe in 2002 that included the rededication of the Freiberg Germany Temple and dedication of The Hague Netherlands Temple, President Gordon B. Hinckley visited with the Ukrainian Saints. Many hoped that the site would be pinpointed for the temple in Kyiv, which had been announced four years earlier; but no announcement was made. During the trip, President Hinckley did meet with Viktor Bondarenko, chairman of the state committee on religious affairs in Ukraine, who assisted the Church to acquire property. In an interview during a September 2002 trip to Utah, Bondarenko indicated that as far as he was aware, the process of securing land for the temple was then being finalized, noting that the major obstacle had been the large amount of land, about 3 or 4 hectares, requested by the Church.3

Introduced in 1991, the Church grew steadily in the eastern European nation of Ukraine, reaching a milestone on May 30, 2004, when Elder Russell M. Nelson of the Quorum of the Twelve Apostles organized the first stake of seven wards in Kyiv. Elder Nelson blessed members to love their neighbors as Christ that many more stakes might be organized. He also encouraged them in their family history work in preparation for the temple.4

Ground was broken for the Kyiv Ukraine Temple on Saturday, June 23, 2007—nearly nine years after its announcement—coinciding with the 97th birthday of President Gordon B. Hinckley. The event was indeed a fitting tribute to this inspired leader, whose program for accelerated temple construction worldwide paved the way for this temple.5

On Saturday, September 19, 2009, about 680 members of the Kyiv Ukraine Stake, outlying mission branches, and their friends gathered to witness the raising of Moroni atop the spire of the Kyiv Ukraine Temple. The event marked a major milestone in the construction of the temple.