Excavation underway; construction estimated to be completed in mid-2025 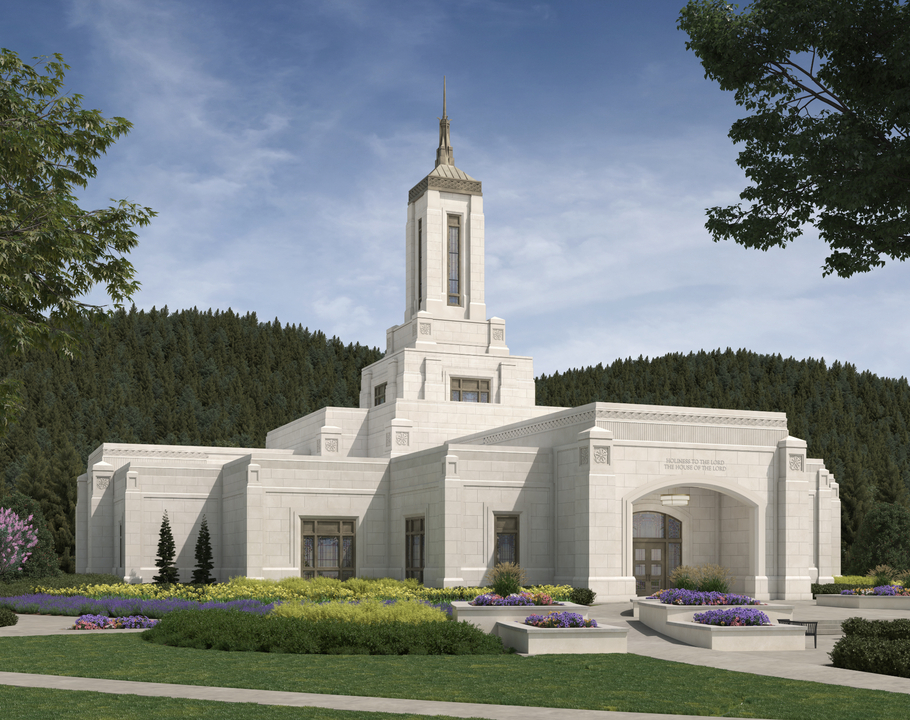 Elder Valeri V. Cordón, first counselor in the North America West Area presidency, presided at the groundbreaking for the Willamette Valley Oregon Temple on Saturday, October 29, 2022. The 30,000-square-foot temple will be constructed on a 10.5-acre site at the intersection of International Boulevard and Corporate Way in Springfield. Construction is scheduled to begin on Monday, October 31, and is anticipated to last two to three years. In his dedicatory prayer, Elder Cordón said: "We pray that the temple will be a beacon of hope and peace that inspires this community to come unto Christ even in its construction phase."1

On September 2, 2021, the official rendering of the Willamette Valley Oregon Temple was publicly released.

On September 2, 2021, the location of the Willamette Valley Oregon Temple was announced. The temple will be constructed on a 10.5-acre site located at the intersection of International Boulevard and Corporate Way in Springfield, Oregon, a suburb of Eugene, near the wooded hills bordering the McKenzie River.

On April 4, 2021, President Russell M. Nelson announced plans to construct the Willamette Valley Oregon Temple at the 191st Annual General Conference. Oregon, a state in the western United States, is home to nearly 154,000 members of The Church of Jesus Christ of Latter-day Saints. Latter-day Saint settlement largely began with the arrival of Latter-day Saint businessmen in 1887. They built a lumber mill on North Powder River and persuaded several hundred Latter-day Saint families to migrate to Oregon. Today, there are approximately 300 congregations across the state. The Willamette Valley Oregon Temple will be the third in the state, with other temples in Portland and Medford.2