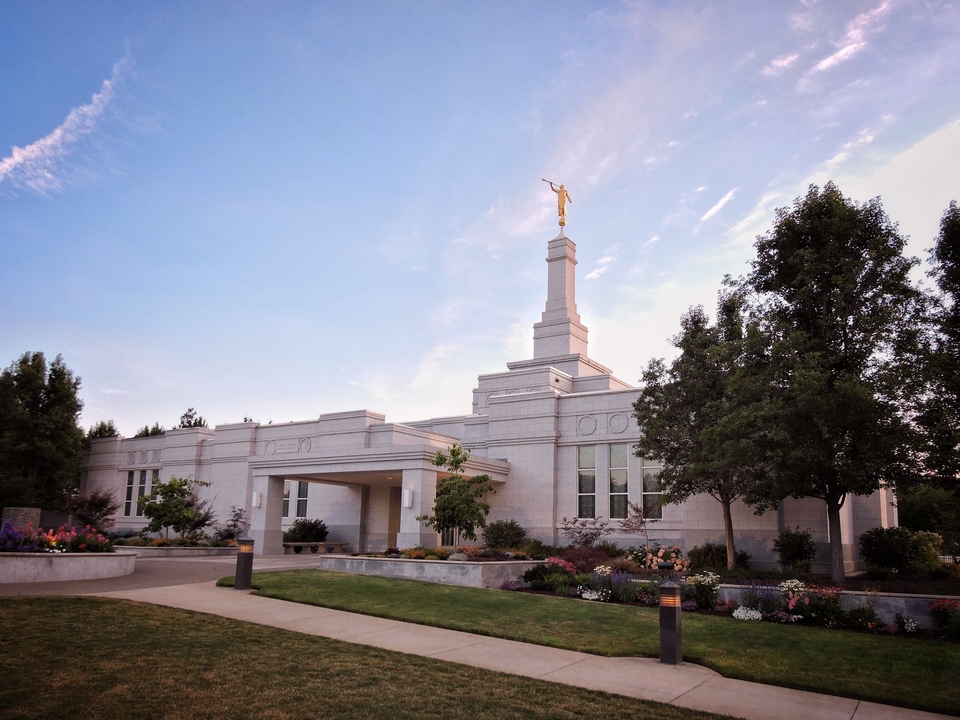 "This new temple is now another ensign to the restoration of the gospel," said Elder D. Lee Tobler of the Seventy and first counselor in the North America Northwest Area presidency in his remarks during the groundbreaking services of the Medford Oregon Temple. "It is an ensign not only for you, but it is an ensign for your neighbors. It is an ensign for all." Elder Tobler said that the temple will not be built for just the members of today but also for the those of tomorrow and the families of yesteryears.1

On October 18, 2021, the gold-leafed fiberglass statue of the angel Moroni was replaced atop the spire of the Medford Oregon Temple during a minor renovation project that began on July 11, 2021.