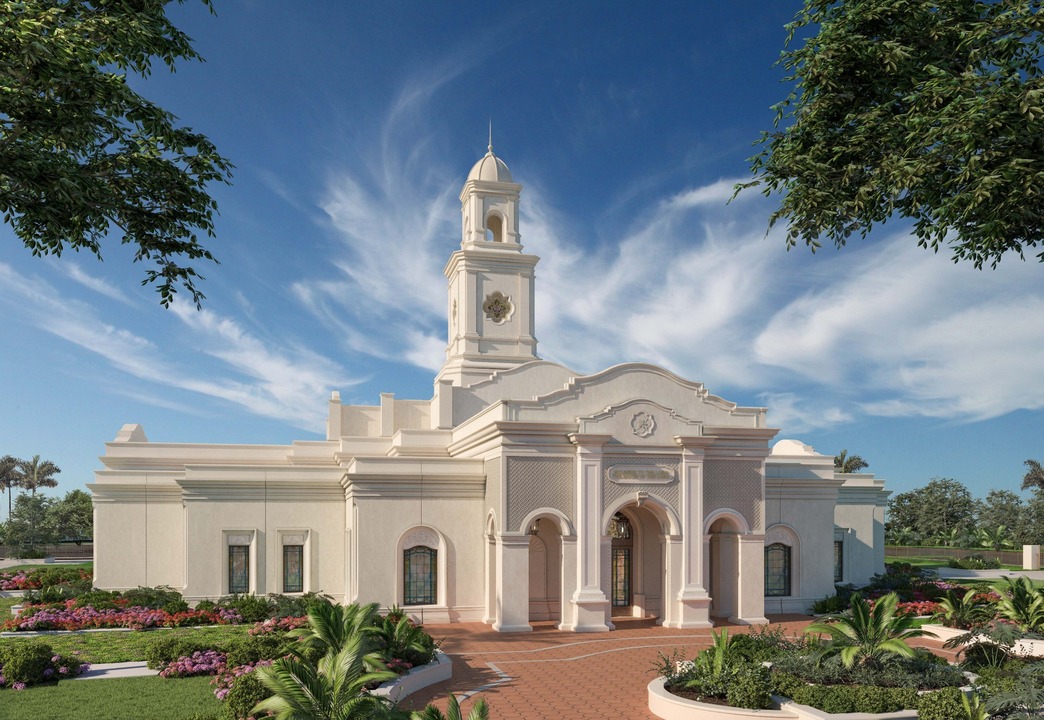 "As the central spire rises heavenward to this beautiful house of the Lord, might we as God’s children ever increase our faith and look to the heavens for wisdom and not to the ever-shifting values of the world," said Elder Art Rascon, an Area Seventy, at the groundbreaking for the McAllen Texas Temple on November 21, 2020. Elder Rascon presided at the small ceremony and offered the prayer dedicating the site. He prayed for the thousands of Latter-day Saints "in this lovely valley in southern Texas and across the border into Mexico who have worked faithfully to establish Thy kingdom and prepared their hearts and minds awaiting this day." He thanked God the Father "for their longsuffering, fervent prayers and continued diligence to live the gospel of Jesus Christ."1

On August 28, 2020, an official exterior rendering of the McAllen Texas Temple was released.

The McAllen Texas Temple will be a single-story building of nearly 30,000 square feet with a central spire. A meetinghouse of over 19,000 square feet will be constructed adjacent to the temple, featuring space for three wards, a stake suite, mission offices, and a distribution center.

On December 11, 2019, the location of the McAllen Texas Temple was announced. The temple will be constructed on a 10.6-acre field located northwest of the intersection of Second Street and West Trenton Road on the north side of McAllen.2

The McAllen Texas Temple will be the fifth temple built in the state of Texas and the first in the Rio Grande Valley.

"I would advise all the Saints to go to with their might and gather together all their living relatives to this place, that they may be sealed and saved, that they may be prepared against the day that the destroying angel goes forth."
—Joseph Smith