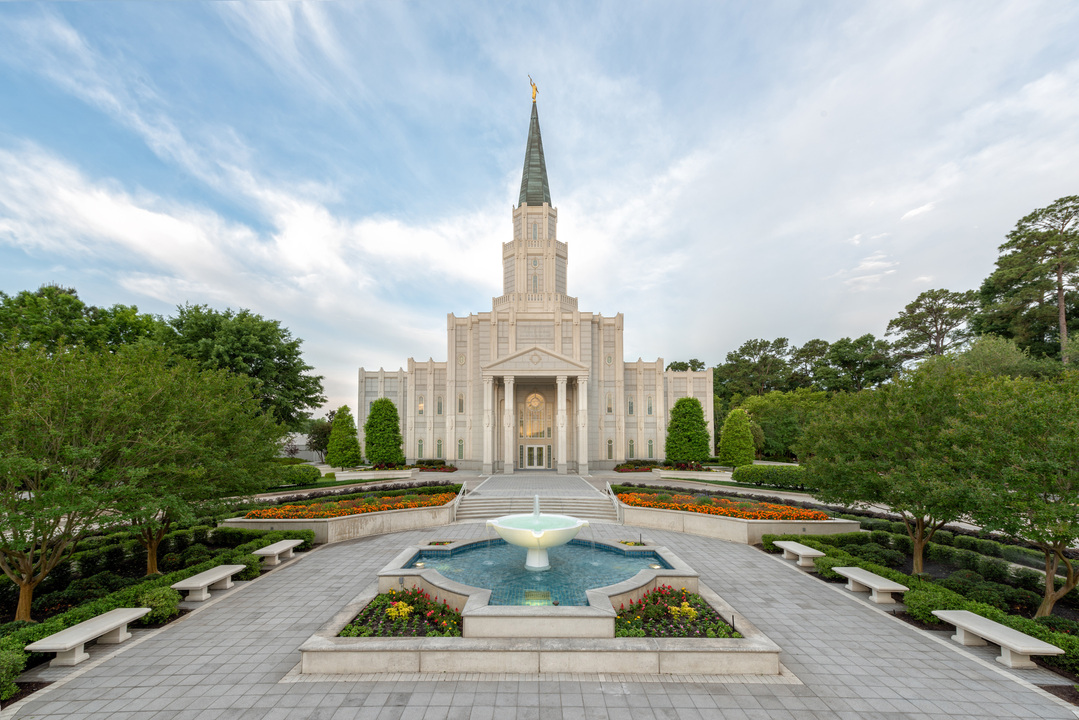 The historic flooding in Southeast Texas created by Hurricane Harvey breached the Houston Texas Temple on August 26, 2017, resulting in significant damage. The baptistry flooded to the top, and water reached waist deep in some areas of the basement. Several inches of water on the main floor ruined carpet and furniture. The temple was temporarily closed for repairs and rededicated in a private session held on April 22, 2018.

The Houston Texas Temple district blesses the lives of its members who come from twenty-eight stakes. The closest temple before its dedication (in Dallas) is located five hours from Houston, the fourth largest city in the United States.

At the groundbreaking ceremony, Elder Christofferson spoke of humility, repentance, obedience and submission. He exhorted listeners to ask themselves: "What aspect of my life should I bring into harmony in the next two years? What do I need to give up? What do I need to yield? What should I add? Is my nature one of a sincerely broken heart and contrite spirit?" Over the door of the new temple will be the words Holiness to the Lord. Elder Christofferson asked, "What will make each of us more holy as we enter the temple doors?"

Also in attendance at the groundbreaking ceremony was a gentleman by the name of Don Hand, the former land owner of the temple site who worked with Church officials to find the right architect for the beautifully designed temple. In the mid-1980s, when the Houston economy took a downturn, Mr. Hand was hit so hard that he feared bankruptcy. He prayed to the Lord and begged His assistance promising to pay Him back in the future. Mr. Hand was spared financial ruin.

As a developer, Mr. Hand originally purchased 2,000 acres in the area of the temple site and had painted a scene for his wife of his conception of the area's future grandeur. The land had been on the market prior to President Gordon B. Hinckley's site-selection trip to Houston, but when he visited the city it was not available. He viewed the location anyway and informed Realtor Steve Cook that it was the desired site. However, in response to Brother Cook's queries, Mr. Hand indicated, "No amount of money would interest me in selling that property."

The agent persisted and eventually discussed the intended usage of the land, to build a temple for the Church. Mr. Hand's heart softened. He remembered his promise to the Lord so many years earlier and realized that this would be the perfect opportunity to fulfill it. He agreed to sell.1