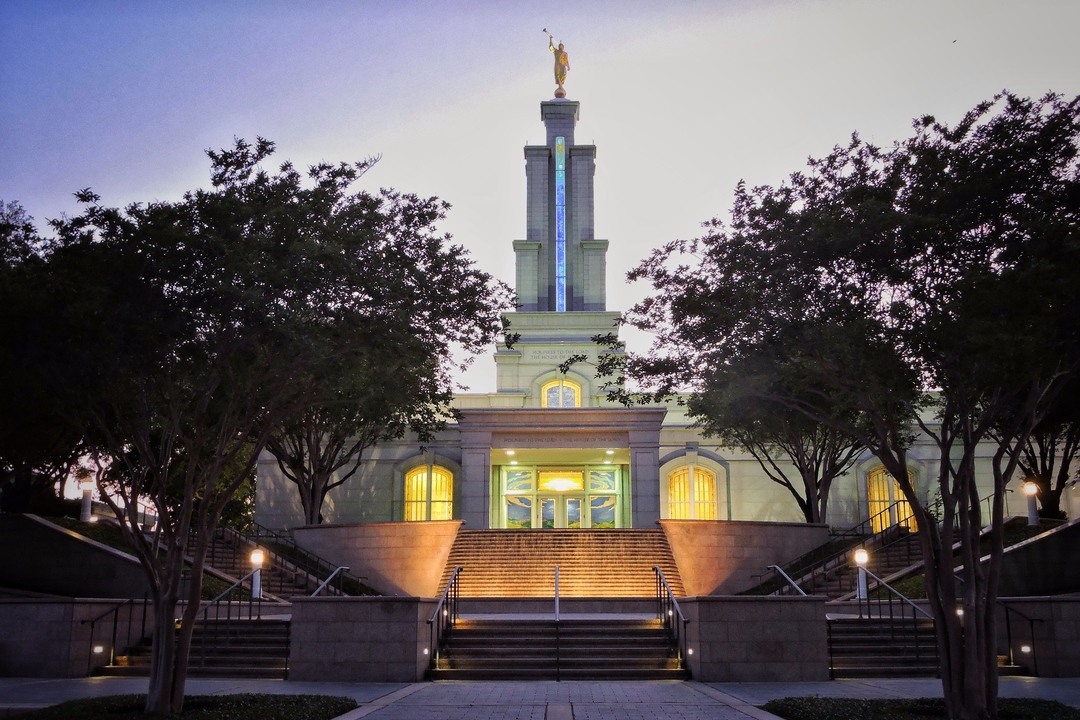 On September 21, 2004, a 13-foot, gold-leafed statue of the angel Moroni was placed atop the San Antonio Texas Temple, coinciding with the 181st anniversary of the first appearance of Moroni to Joseph Smith.1

During its three-week open house period, the San Antonio Texas Temple saw more than 50,000 visitors enter its doors including missionaries of San Antonio-based Evidence Ministries. Church representatives gave a tour to these missionaries, who stood on the streets every day of the open house distributing thousands of copies of an eight-page tabloid to passing motorists. Despite Ministries' claims that the Church misrepresents its differences with traditional Christianity, the Church interacted peacefully with Ministries' missionaries, even giving them use of its meetinghouse bathrooms.2

The evening before the dedication of the San Antonio Texas Temple, 20,000 people filled the Alamodome for a cultural celebration, featuring fireworks, horses, and over 4,000 singers and dancers. The various presentations reflected on Texas history, patriotism, the importance of family values, and the story of The Church of Jesus Christ of Latter-day Saints. In promoting the celebration, producer Gary Bradley noted, "It'll make people proud, and some parts of it will make people cry." Two hours before the musical celebration began, President Gordon B. Hinckley delighted the audience with a speech focused on the temple.3