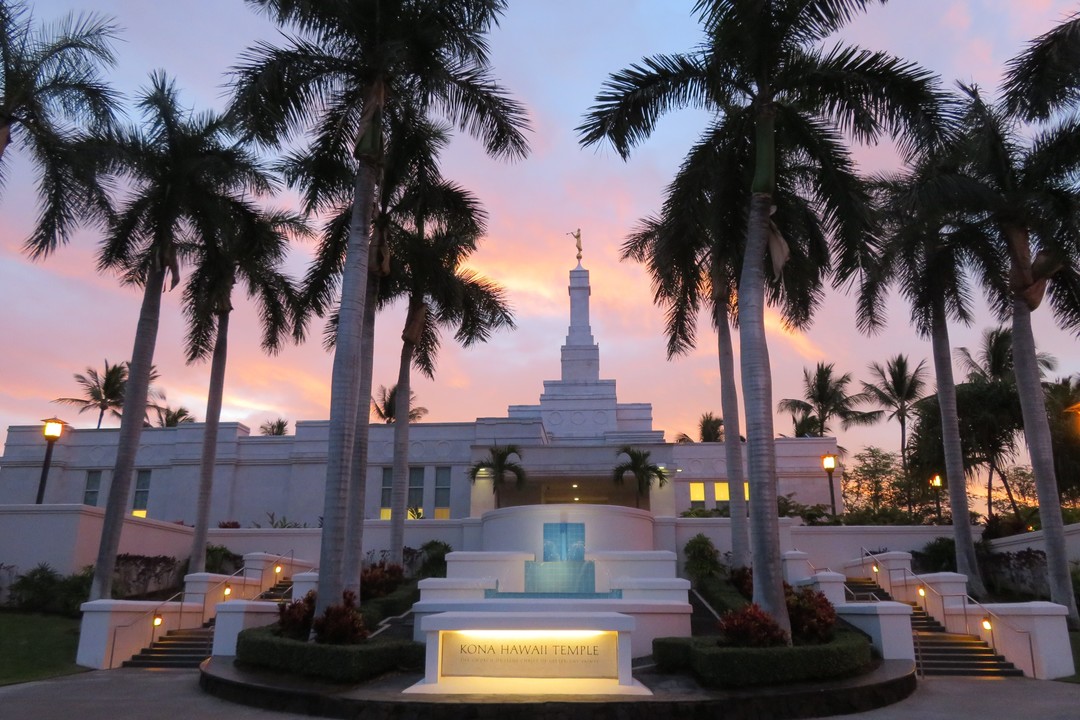 In October 2023, the Kona Hawaii Temple will close for a major renovation that will increase the square footage of the building from 9,500 to approximately 12,000. The exterior appearance of the temple will also be updated. The renovations are expected to be completed by late 2025. During the closure, members of the temple district are encouraged to attend the Laie Hawaii Temple.1

Clad with bright white marble and surrounded by statuesque palm trees, the Kona Hawaii Temple is a handsome landmark along Queen Ka'ahumanu Highway. The temple is located in the coastal community of Kailua-Kona on the Big Island, just 8 miles south of the Kona International Airport. Built on a hillside above the stake center for the Kona Hawaii Stake, the temple features a pair of staircases flanking a beautiful garden area with palm trees and a terraced water feature.