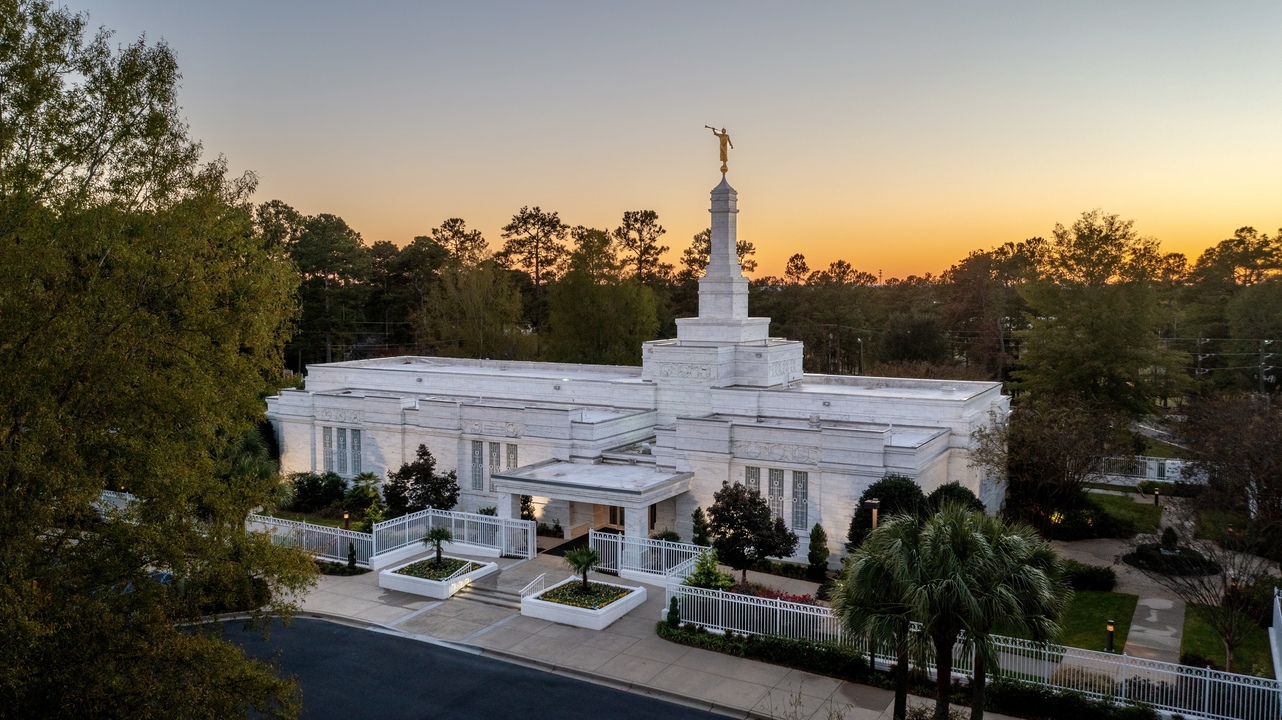 During the ten-day open house for the Columbia South Carolina Temple, nearly 20,000 visitors toured the interior of the building.

Emmanual Masters Murphy, baptized in Tennessee, is believed to be the first member of the Church in South Carolina. When the first missionary arrived in November 1839, he was surprised to find people already prepared for baptism, having been fellowshipped by the Murphys. Reportedly, Murphy later visited Joseph Smith in Carthage Jail shortly before the martyrdom. The Prophet recounted his prophecy that war that would soon commence in South Carolina and urged Murphy to return to warn the citizens there.1

The temple is located in a beautifully wooded neighborhood in southeastern Columbia, South Carolina's capital. The lovely residential area is scattered with well-kept homes and churches. Native loblolly pine and oak surround the temple, which is landscaped with crape myrtle, large holly, mums, and dogwood trees, reflecting the area's natural flora.2

At the temple open house, Deputy Chief of Staff Michael LeFever attended in place of Governor James Hodges, who was busy assessing damage caused by Hurricane Floyd. The deputy chief, whose daughter took piano lessons from a Church member, said he would look at a picture of the temple in the home while waiting for his daughter. He noted the family's growing excitement and never dreamed he would eventually get a VIP tour of the building. The governor wrote a personal letter, which the deputy chief read, commending Church members for their hard work in making the temple a reality.3

The morning of their scheduled dedication session, Mark and Judy Wilcox of the Hendersonville Ward, Asheville North Carolina Stake, learned that their son, Brad, had been killed the previous evening in a car accident. Sister Wilcox, who was to sing at the dedication that day, chose to sing as planned after she and her husband received priesthood blessings. The Wilcoxes found a great deal of comfort in the words directed to them by President Gordon B. Hinckley about the Plan of Salvation and the teachings of the temple.4