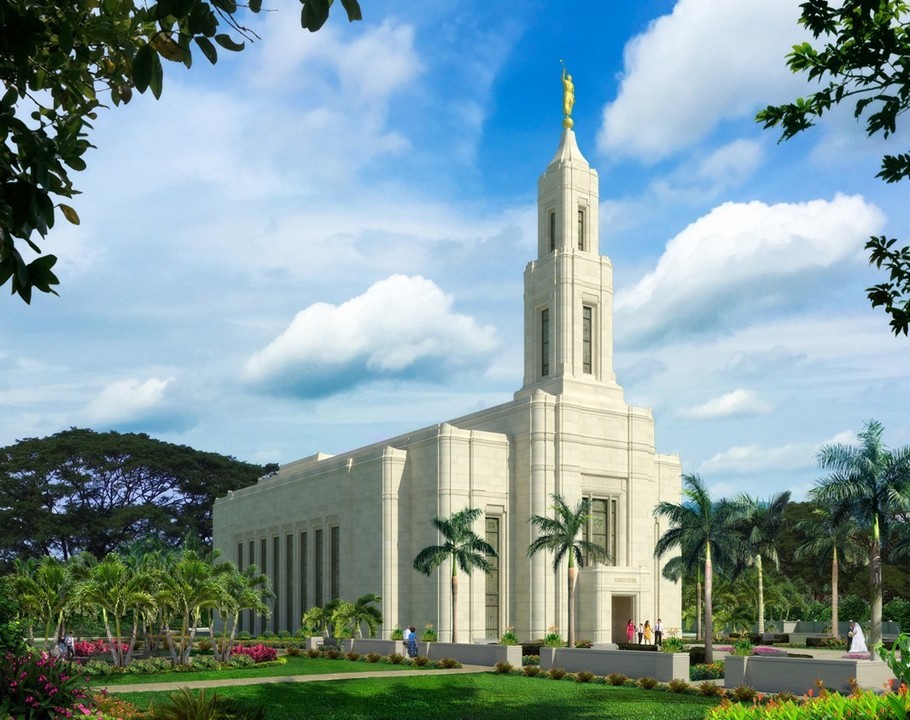 Elder Jeffrey R. Holland of the Quorum of the Twelve Apostles will preside at the groundbreaking ceremony for the Urdaneta Philippines Temple on Wednesday, January 16, 2019 at 11:00 a.m. Attendance at the temple site will be by invitation, but the service will be streamed to Facebook Live and broadcast at designated Church meetinghouses throughout the Philippines.1

On November 19, 2018, the official exterior rendering of the Urdaneta Philippines Temple was released to the public.

The site selected for the Urdaneta Philippines Temple sits off the MacArthur Highway just south of Urdaneta City.

During his opening remarks at the Saturday morning session of the 180th Semiannual General Conference of The Church of Jesus Christ of Latter-day Saints, President Thomas S. Monson announced the construction of a temple in Urdaneta City, Philippines.2 Located approximately 100 miles north of Manila on the island of Luzon—the largest and most populated island in the Philippines—the Urdaneta Philippines Temple will help serve the over 100 stakes and districts in the Luzon Island Group currently served by the Manila Philippines Temple.