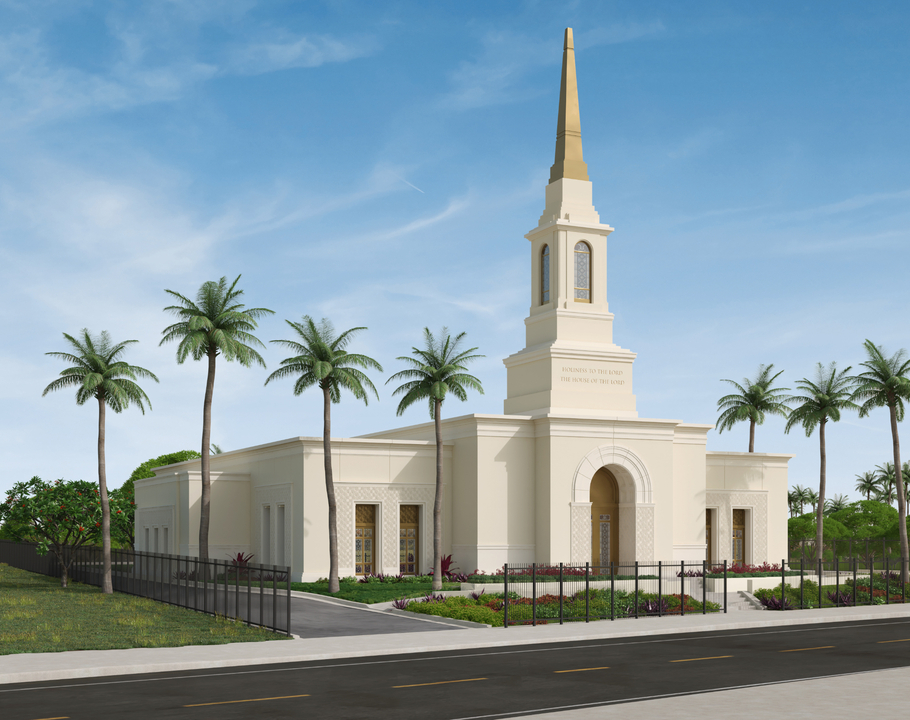 The Tarawa Kiribati Temple is currently in the planning stages. Project leaders are working with local government officials on preliminary plans and approvals. No groundbreaking date has been announced.

Plans for the Tarawa Kiribati Temple call for a single-story building of approximately 10,000 square feet with a single spire. Additional ancillary facilities will be located 450 meters west of the temple site. Plans for a meetinghouse and patron housing facility are in development.

On May 19, 2021, an official exterior rendering was released for the Tarawa Kiribati Temple.

On May 19, 2021, the location of the Tarawa Kiribati Temple was announced as a 0.80-acre site located at Ambo, South Tarawa, Kiribati. It will stand across from the Kiribati House of Parliament.1

In the final session of the 190th Semiannual General Conference, President Russell M. Nelson announced plans to construct the Tarawa Kiribati Temple. Kiribati is a nation comprised of 32 atolls and one island with half of the population living on Tarawa atoll where Church-operated Moroni High School is located. There are nearly 21,000 Kiribatian Latter-day Saints, approximately one-sixth of the population, belonging to two stakes and three districts. The Saints of Kiribati currently travel well over 1,000 miles (1,600 km) to participate in ordinance work at the Suva Fiji Temple.2

The Tarawa Kiribati Temple will be the first temple built in Kiribati and the second built in Micronesia, following the Yigo Guam Temple (2021).

"As we touch the temple and love the temple, our lives will reflect our faith. As we go to the holy house, as we remember the covenants we make therein, we will be able to bear every trial and overcome each temptation."
—Thomas S. Monson