Parking area surfaced with base layer of asphalt; curbs and gutters poured; landscaping preparations underway; construction estimated to be completed in early 2024 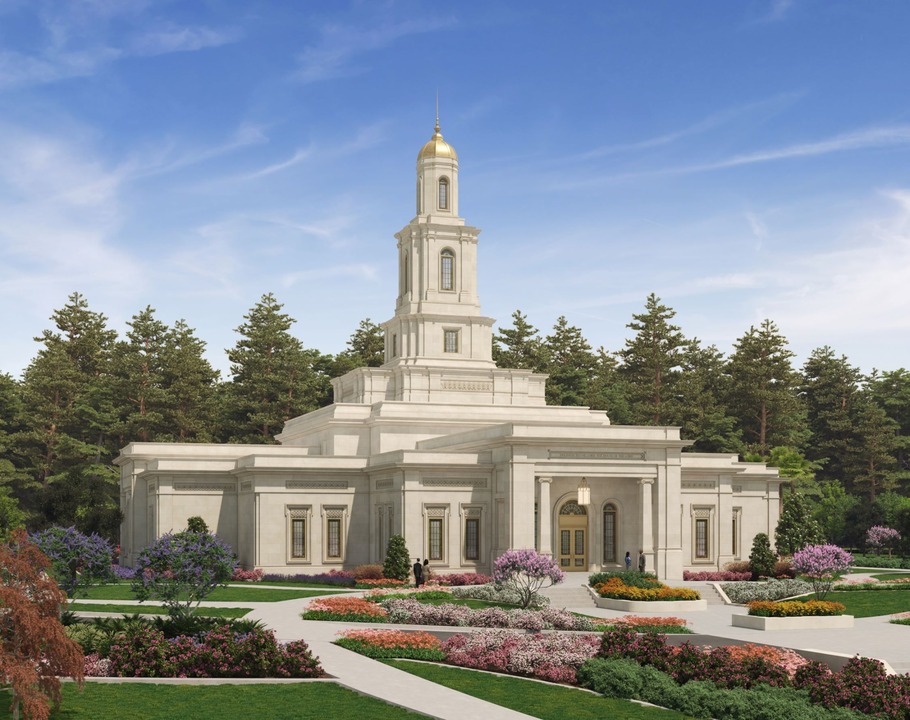 Elder James B. Martino, North America Southeast Area President, presided on Saturday, June 5, 2021, at the groundbreaking ceremony for the Tallahassee Florida Temple, located in the northeast section of Florida's capital city. "This temple will bless the entire land around it and the entire community. It will be a beacon of holiness and a place of peace for all to both see and feel. Here we will seek to draw closer to God, to hear His voice, and seek to follow His teachings," said Elder Martino. The 29,000-square-foot temple will rise on a 4.97-acre site adjacent to the meetinghouse on Thomasville Road at 2440 Papillion Way. It will be third temple in Florida, joining the Orlando Florida Temple and Fort Lauderdale Florida Temple. Watch the groundbreaking video.1

The Tallahassee Florida Temple will be a single-story temple of approximately 29,000 square feet with a center spire. It will stand across from an existing meetinghouse. The project will also include the construction of a distribution center.

On January 13, 2021, an official exterior rendering of the Tallahassee Florida Temple was released.

On January 13, 2021, the location of the Tallahassee Florida Temple was announced as a 4.97-acre site at 2440 Papillon Way across from the meetinghouse on Thomasville Road. The temple will stand on a major highway on the north side of Tallahassee, providing good access to members living throughout the region.2

In his closing remarks at the conclusion of the April 2020 General Conference, President Russell M. Nelson announced plans to construct a temple in Florida's capital city of Tallahassee. It is the largest city in the Florida Panhandle and centrally located between the east and west sides of North Florida. The Tallahassee Florida Temple will be third to be constructed in Florida. There are over 150,000 members of the Church in the state organized into 33 stakes. Latter-day Saints in Tallahassee currently travel 260 miles to participate in temple worship at the Orlando Florida Temple.3