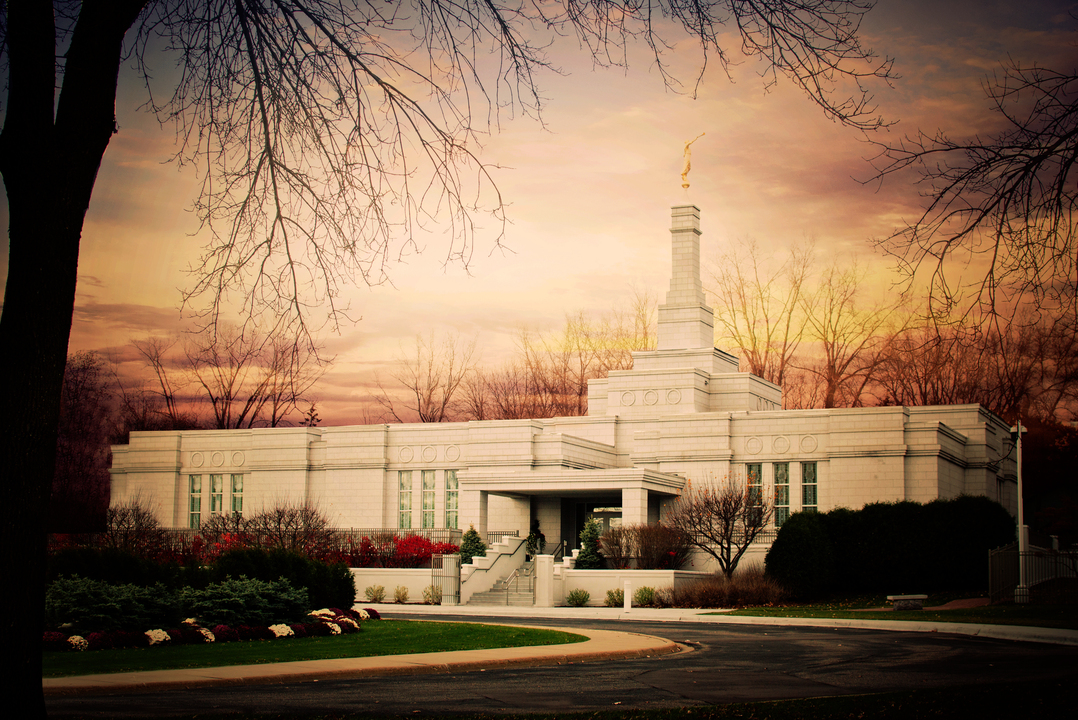 The St. Paul Minnesota Temple was the first temple built in Minnesota.

Presiding at the groundbreaking ceremony was North America Central Area president Elder Hugh W. Pinnock. He began his remarks by directing his comments to several dignitaries and city officials who were present and key to the temple plans rapid approval. "We promise you a beautiful edifice will be raised on this site," Elder Pinnock said. "You will be pleased with what you and others will see built in this community."

Construction is to begin immediately, and Elder Pinnock indicated that the holy building should be operational a year from the day of groundbreaking. Later in his remarks, he added that the temple "will stand as a remarkable symbol of God's love of our ancestors. Let us pray that not only the building will be constructed well, but also our own lives will be constructed well.?You have prayed for this day for so long." By way of exhortation, Elder Pinnock said, "Your temple recommend is the most valuable piece of paper you have; we can't help but be thankful for other blessings a temple brings; our children will grow in righteousness; we become a little more like [the Father] and His Son Jesus Christ because [of the temple]. Temples are great equalizers. We are [all] asked the same questions, as men and women we participate in the same ordinances, make the same covenants and we all dress in white in our beautiful temples. We will be together forever as families if we live as we should here on earth. I testify to you that we are led by a living prophet of God. In his musings today, he is aware of this event and the saints gathering here today. This very day has been scheduled because of your dedication."

Also in attendance at the ceremony was Elder Thomas A. Holt, Area Authority Seventy and a St. Paul resident who could add some insight on the Church's history in the area. "We've waited a long time," he said, indicating that the first known Latter-day Saints in Minnesota came in 1847 "from Nauvoo to visit their sons and were persuaded to stay." As Minnesotans were converted, the new members would move to Utah until priesthood leaders declared that members should stay where they were and build the Church. "For decades," Elder Holt continued, "the closest temple was Salt Lake City, a two-day drive." Currently, Minnesota is in the Chicago Illinois Temple District, a seven to fourteen hour drive for most Minnesota members. The first stake in Minnesota was organized in 1960. "Now we have six stakes," Elder Holt said. Before the second stake was organized, he was assigned to find a site for the stake center and had "looked at several sites and felt nothing" until he came to "this beautiful site heavily wooded with oak trees." The Spirit bore witness to him that this was to be the place for the St. Paul Minnesota Stake Center—"and now the site for our Minnesota Temple. The Lord chose this place," Elder Holt said.1

"Clearly, when we baptize, our eyes should gaze beyond the baptismal font to the holy temple. The great garner into which the sheaves should be gathered is the holy temple."
—Neal A. Maxwell